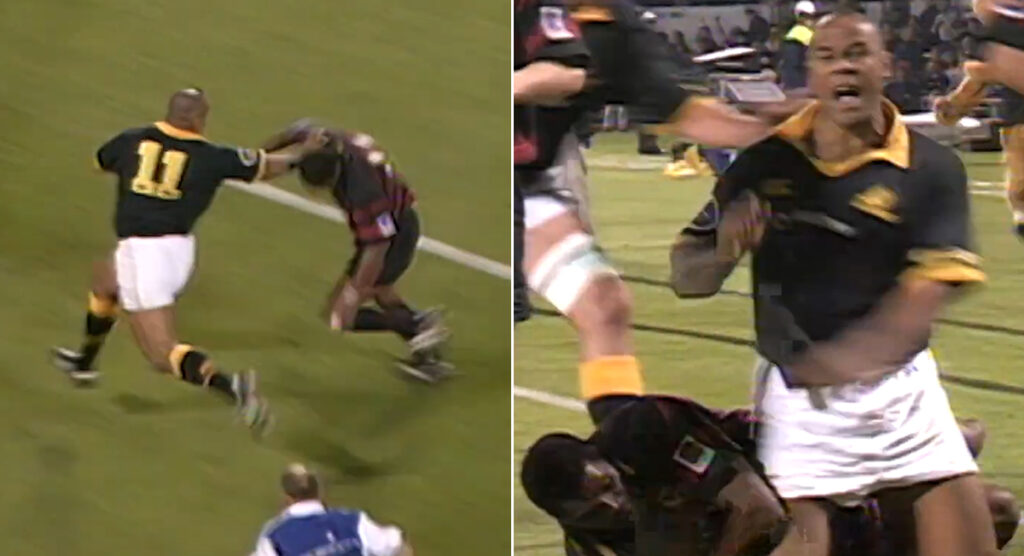 Sky Sports New Zealand have been looking back at some classic footage from years gone by, trawling through their extensive archives to highlight some of the NPC’s greatest moments, and greatest players. They’ve come up with his flashback that we thought you might like.

Lomu’s reputation goes without saying but the man he was up against in the second half of this clip was quite a legend in his own right.

Marika Vunibaka is a name that will be remembered well by Fijian rugby fans and indeed those who followed Super Rugby and the 7s circuit.

He played Sevens for Fiji for over ten years, and also represented his country in two Rugby World Cups.

Domestically, he was a force with Canterbury and the Crusaders and was certainly no mug when it came to the physical side of the game.

In this short video below, we see how 63-Test legend Lomu, playing for Wellington (and Counties Manukau before that), made Vunibaka look like a novice as he charged in from 60m out.

The way Lomu swats the Fijian legend aside is of course, typical of Lomu, but it re-encorces yet again how devastating he could be at his best, making the game look decidely easy.