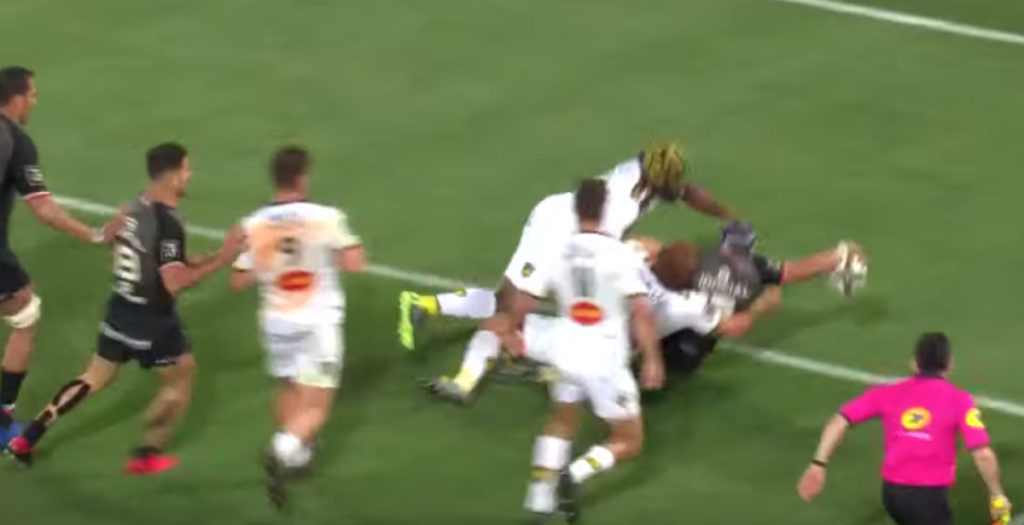 South African star Cheslin Kolbe shinned once again for Toulouse with a lovely finish against La Rochelle to secure a spot in the Top 14 play-off final.

The full back received the ball out wide with four defenders chasing him down. The speedster stepped inside the opposition winger and rode two tackles to reach the try line in the 65th minute and take the game away from La Rochelle in Bordeaux.

Kolbe has been one of the standout players in the French domestic league this season and the 25-year-old joined Toulouse from the Stormers two years ago.

He has represented the Springboks six times as well as the national sevens team for five years until 2017, where he won a bronze medal in the Olympic Games in Rio.

The game finished 20-6 and Toulouse will play the winner of Clermont and Lyon, who face each other today (Sunday) at 15:30 BST.