Commentators unhappy after Billy Vunipola is sinbinned for 'shoulder charge' 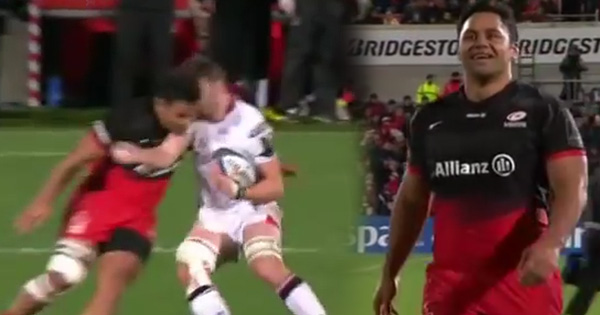 Saracens number eight Billy Vunipola was sent to the sinbin for this alleged no-arms tackle against Ulster in the European Champions Cup. Referee Romain Poite felt that there was no use of the arms, but Vunipola and the commentary team disagreed, clearly bemused.

Vunipola slid up but what made it look worse was that Ian Henderson stepped at the last minute, so Vunipola appeared to adjust but left his right arm at his side.

“Clearly he didn’t use his arms, and then with the shoulder, that is a yellow card,” said Poite.

“That is a terrible decision,” reacted commentator Austin Healey, who later added that perhaps they should play tag rugby rather.

What is your take on it? Let us know in the comments