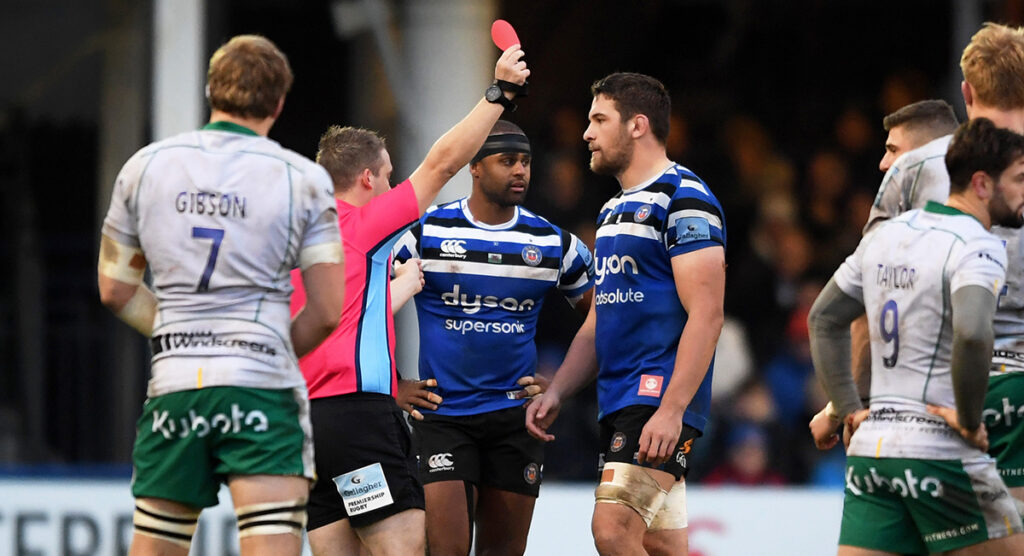 Bath winger Aled Brew was red carded at the weekend after he stuck an elbow out and it made contact with Northampton Saints winger George Furbank. Brew appeared before a disciplinary committee last night and has subsequently been suspended.

Brew appeared to stick his arm up in reflex after he hacked the ball into Furbank, but made contact with the chin, leading referee Ian Tempest to take action.

It was viewed as a strike, resulting in a straight sending off for the former Wales winger.

Brew was given a three-week suspension by the independent panel comprising Dan White (chair) with Chris Skaife and John Doubleday.

Independent panel chair Dan White said: “The panel did not accept that this was a reckless action by the player. It was a deliberate action that was completely avoidable; albeit committed in the heat of the moment.

“No injury was caused to the opposition player who passed the HIA and returned to the field. Balancing all factors, the panel considered that this was a mid-range starting point of 6 weeks.

“The player had accepted the charge at the earliest possible opportunity, showed remorse on and off-field and was candid before the panel in respect of his intentions. He has a clean disciplinary record over a lengthy career at a high level and on that basis, he was awarded the full mitigation of 50%”

You can watch the incident below.

Meanwhile, Wasps’ Paolo Odogwu was suspended for six weeks after he kicked a player in the head.

Catch up on full highlights from Bath vs Northampton Saints below