Conversion hits the posts an incredible four times before going over 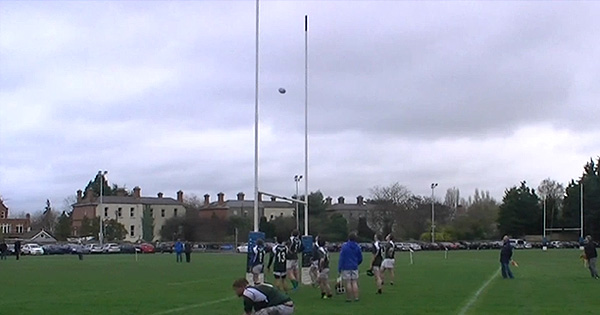 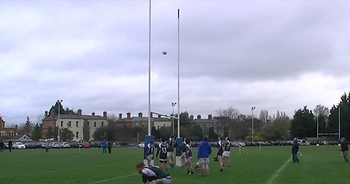 St. Conleth’s College played the quarter final of the Schools Cup in Dublin a few days ago, winning against Tullow CS. The thing that got our attention though was this unbelievable conversion that hit the posts no less than four times before going over.

The small school in Ballsbridge had just scored a try that came from some nice backs play and then a good carry over the line, before their flyhalf stepped up to take a regulation kick at goal.

It hit the upright, then the other, then the first one again, then landed on the crossbar before popping over. It was so good that the opposition touchjudge can even be seen cheering it over! The boys doing the filming also clearly enjoyed it.

A similar thing happened in Australia a few years back, except on that occasion the ball was snatched up and a try was scored.

There’s that and a few other crazy occurences in our Related Posts below this.

Big thanks to Gavin from St Conleth’s for sending this in to us, and congratulations on the win.