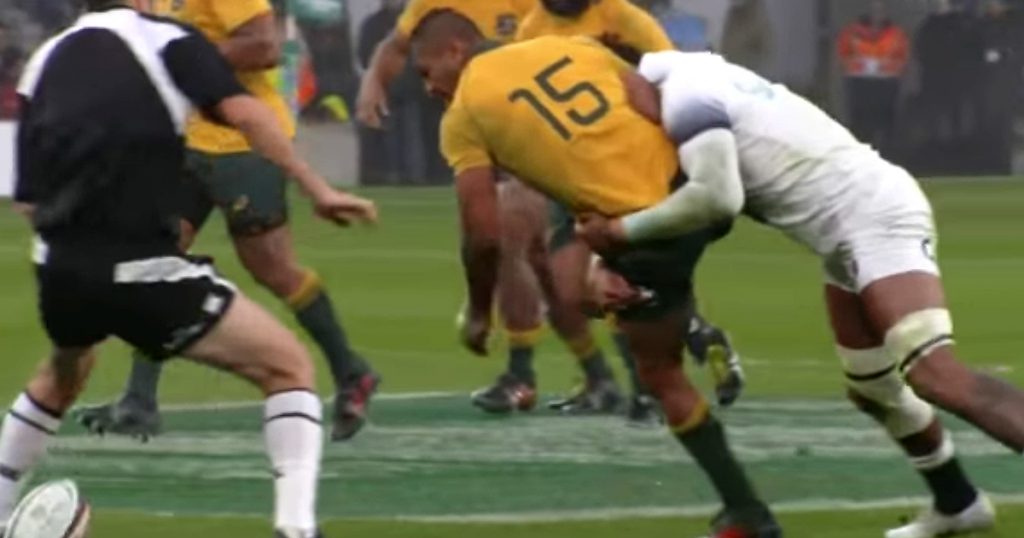 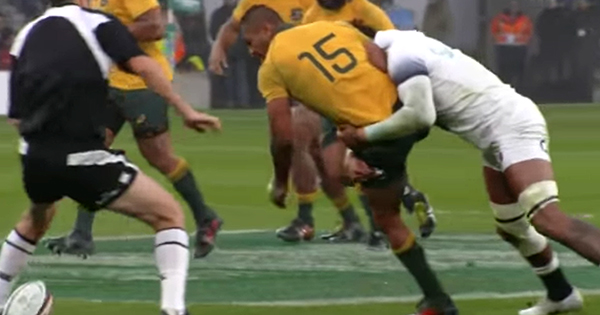 In torrid conditions, amidst some contentious calls, England overcome Australia, scoring four tries in a 30-6 hammering at Twickenham on Saturday. The intensity from the home side was felt early on with this massive hit from Courtney Lawes on Australian full-back Kurtley Beale.

The rangy lock lined up Beale and in trademark fashion, levelled him with a solid hit.

Despite the hosts outscoring the vistiors four tries to none the game was ultimatley a bit of a damp squib, only bursting into life in the last quarter.

One of the highlights of this was a well executed grubber kick from replacement scrum-half Danny Care to set up Jonny May for his score.

Australia will be bitterly disapointed not only with the loss but also their ill discipline as they coughed up penalty after penalty with both captain Michael Hooper and full-back Beale spending time in the bin before the end of the first half.

Meanwhile referee Ben O’Keeffe and his TMO were kept busy all day with a number of their decisions, angering Wallabies head coach Michael Cheika.

View the hit above and match highlights below