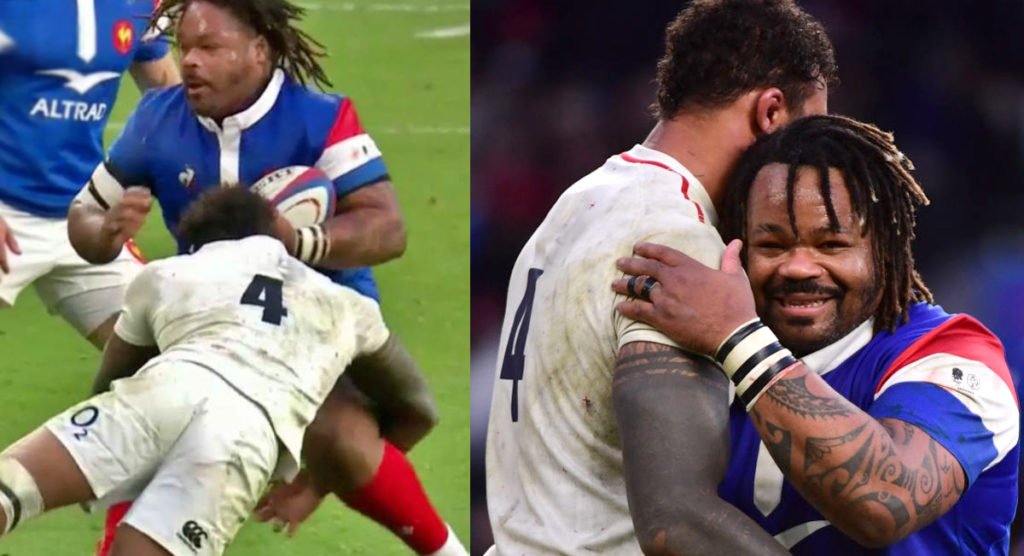 Whenever Courtney Lawes plays, any opposing fly-half must be vigilant as they will always be a target to the lock. The Northampton second-row was at it again on Sunday at Twickenham in ‘Le Crunch’, but the victim this time was not Camille Lopez, but rather one of the heaviest players on the field.

France had made a rare visit into England’s 22 when Mathieu Bastareaud received a short pass from scrum-half Antoine Dupont. The Toulon centre caught the ball at a standstill, and Lawes’ eyes must have lit up as he quickly sprung out the line and launched into the 18 stone Bastareaud.

This shot is not only a trademark of Lawes’, but epitomised England’s performance against France, and indeed against Ireland a week earlier.

The energy and physicality of Lawes could not be matched by the French, and nothing could be more symbolic of the 44-8 victory than one of France’s most powerful runners being smashed and driven backwards.

While some may have thought England would struggle slightly in Maro Itjoe’s absence, Lawes proved to everyone what an asset he is to Eddie Jones, as there is only one player that can produce moments like this.

In fact, it may have been the worrying sight of Lawes and Tom Curry charging at Guilhem Guirado in the opening minute of the game that forced the French captain to cough up possession which led to England’s opening try.

It turned out to be a disastrous day for the French. This moment says it all.

The latest big hit by Lawes adds to his long list, one that includes this smashing hit on Jules Plisson in the Six Nations a few years back.

A full look at this latest big tackle (UK/IRE only):