Crucial 6 Nations tries perfectly demonstrated the importance of the TMO 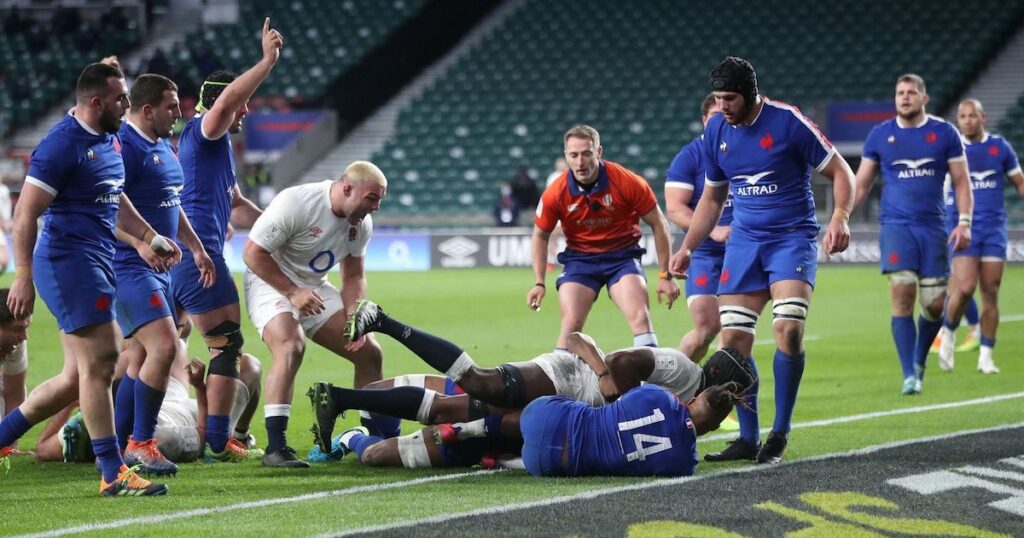 The 6 Nations is a funny old business. Just when you thought Wales had no form, they are playing for a Grand Slam, and just when you thought France was about to take another stride towards a first clean sweep since 2010, they stumble late on at Twickenham.

One aspect which has been consistent over the course of the tournament so far, however, has been the influence of the Television Match Official (TMO) and it was the case again in Round 4 of this year’s competition.

The TMO was used during the opening two weekends to seal the fate of Ireland’s Peter O’Mahony and Scotland’s Zander Fagerson after both were sent off in their matches against Wales.

A fortnight ago, the TMO was called to decide on Wales’s controversial first try against England, which proved largely inconsequential to the final result.

England were on the receiving end of a positive TMO decision in their 23-20 victory over France at Twickenham, with Joy Neville declaring that the tip of the ball carried by Maro Itoje grazed the line despite appearing to be held up by Teddy Thomas.

It was a bold call and arguably the right one. But it once again shows the importance of the TMO’s role in the outcome of particularly tight encounters.

Of course, France can be forgiven for being slightly miffed at the decision given that referee Andrew Brace’s on-field decision was ‘no try’ but in view of the fairness of the game and, more importantly, getting the final decisions right, they can only accept the result and say ‘well played’.

Opponents of the apparent overuse of the TMO will have been relieved that Romain Poite got himself in the thick of the action in Ireland’s similarly narrow win over Scotland at Murrayfield, and was confident in his own decision making to not have to go upstairs for the TMO, compatriot Alexandre Ruiz.

But despite Poite’s confidence in seeing the ball grounded by Tadgh Beirne, this was a moment where a TMO referral would have perhaps been the best option if nothing more than to confirm to Poite that he had made the right call.

A full 10 seconds passed before Poite awarded the try and subsequent replays appeared to show the ball being held up by Scotland’s Sam Johnson and Hamish Watson.

The TMO was used for Finn Russell’s try – which was aided by a bizarre non-knock on from Stuart Hogg’s face – and also for Watson’s effort, where replays confirmed all was good.

Beirne’s case was a far more tricky affair but Poite was confident in his assessment, having had his head stuck firmly in between the players which was enough to see grounding.

In both cases, the use – or non-use – of the TMO proved crucial in the end results, with Ireland also edging a three-point victory. For each of the losing sides – Scotland and France – the games were not lost due to the TMO, but the decisions which potentially stemmed from them could well have had a bigger impact on the matches.

Either way, the weekend’s encounters showed just how crucial making the right calls under enormous pressure – albeit in empty stadia – is in the modern age.

RugbyPass went behind the scenes to get an idea of what sort of stresses TMO’s face every week. You can find out for yourself in the video below: