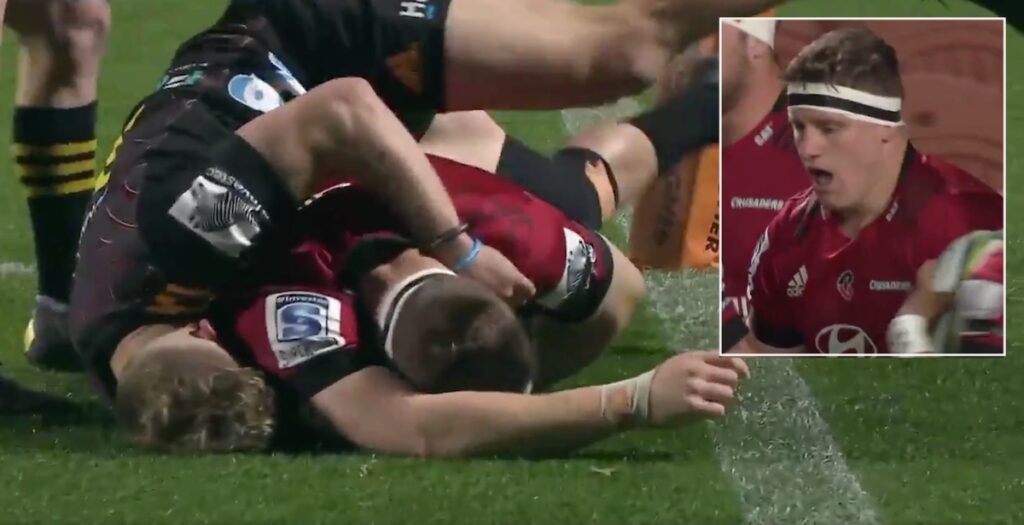 Crusaders number eight Tom Sanders ran in from 40 metres to score a brilliant try on the wing against the Chiefs in Saturday’s Super Rugby Aotearoa clash.

The 26-year-old was loitering on the left win in the first half when he received a two-on-one pass from hooker Codie Taylor to put him into open space just past the halfway line.

The 6ft 3” ball carrier used his rangy strides to great effect before powering through Damian McKenzie to score in the corner.

Tom Sanders steaming down the sideline 🔥

This was the first score of the game at FMG Stadium Waikato and Sanders’ first try for the Crusaders having joined the franchise in 2018. The visitors went on to win the game 19-32 and full match highlights are available below: