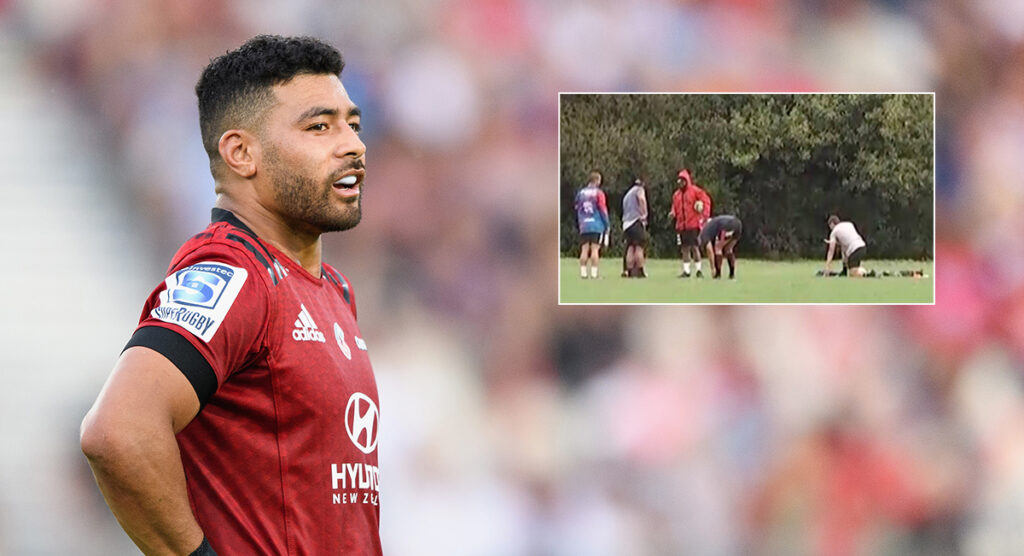 The Super Rugby champion Crusaders have been forced to apologise after several members of their squad were spied flouting New Zealand’s isolation rules.

All Blacks five-eighth Richie Mo’unga was the only player identified among a group passing and kicking a ball to each other at a Christchurch park on Monday.

Photographs of the players emerged on social media and the Crusaders confirmed they had breached their own rules around individual training during the coronavirus lockdown. Under the country’s strict controls, households have to stay within their own “bubble” and maintain social distancing from others.

“They shouldn’t have been at the same location,” Mansbridge told Newshub.

“It wasn’t planned and they should know better. I have spoken to those involved, and will reinforce that again tonight.”

UPDATE: The Crusaders have issued another statement:

The Crusaders are aware of some of our players training at Malvern Park in Christchurch today.

Management have spoken with the players involved, all of whom live within walking distance of Malvern Park. The club is confident this was not an organised training session among the group, but rather one group of flatmates training in their ‘bubble’ who were coincidentally joined by a second group.

Meanwhile, one player completed running blocks individually. While these players made a conscious effort to observe physical distancing, they did share equipment by throwing and kicking a rugby ball among themselves.

“In the midst of the COVID-19 pandemic, this is a time when our community needs to work together and look after one another, and our players are social leaders in that regard.

“The guidelines from the New Zealand Government are clear, and all of the players involved have acknowledged they made a mistake by sharing equipment. I am confident, I know there wasn’t a conscious effort to flout the rules, but this is a timely and valuable lesson for all. We have reiterated the guidelines to both the group directly involved, and our wider Crusaders squad to ensure this doesn’t happen again.”