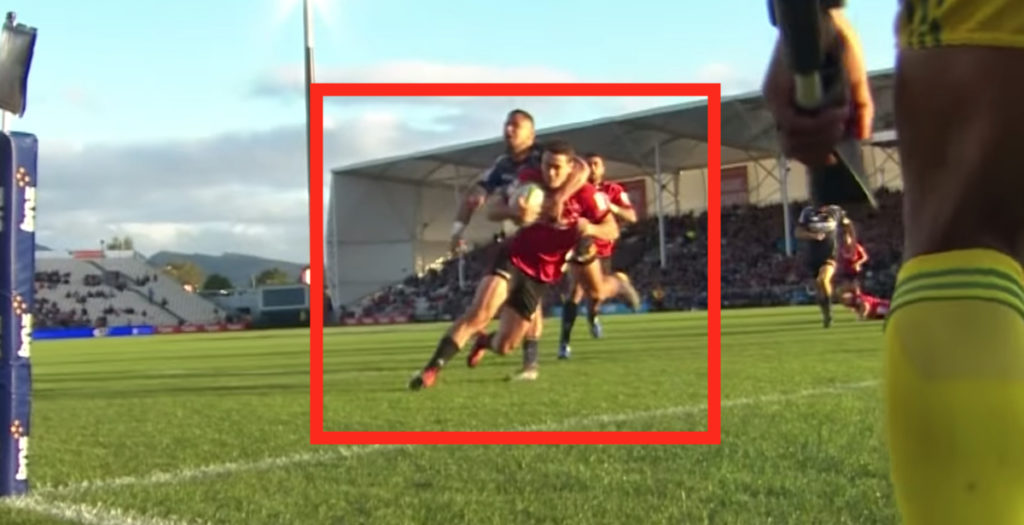 Crusaders winger Will Jordan received two high tackles in the act of scoring a brace of tries against the Brumbies in Super Rugby on Saturday.

The 21-year-old was tackled around the neck on two separate occasions by two different players on the opposition try line but still managed to score both times.

The first incident came in the 54th minute when Brumbies winger Toni Pulu received a yellow card for the high tackle on Jordan, but because he successfully dotted the ball down no penalty try was awarded.

The second moment of controversy occurred just three minutes later when Jordan took a quick tap-penalty on the Brumbies’ five-metre line only to be clotheslined by flanker Thomas Cusack.

Jordan once again scored the try but this time no yellow card was awarded for a high tackle despite the foul play almost mirroring that of Pulu’s.

The commentators called for more consistency from referee Jaco Peyper and his officials because they felt both situations deserved a yellow card at least.

The Crusaders went on to win the game 36-14 in Christchurch leaving the reigning champions top of the New Zealand conference.