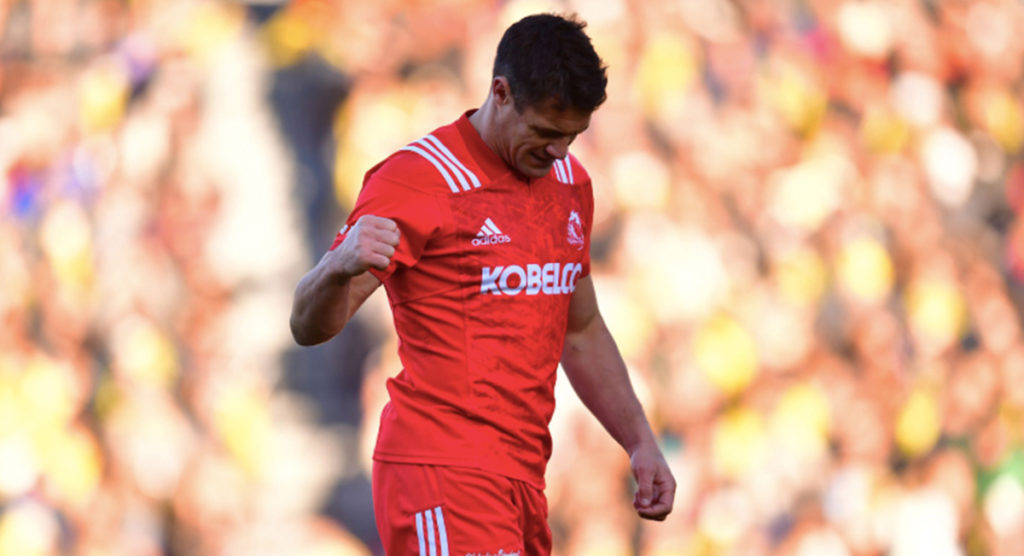 The end result was never in doubt, as the Steelers outscored Suntory eight tries to one, with Carter kicking five conversions and a penalty. After allowing a try mid-way through the first half, Kobelco were able to keep Suntory scoreless for the rest of the match.

Speaking of the match and his veteran squad, Steelers head coach Dave Dillon said: “You get what you prepare for and our preparation was awesome, especially leading into this game. They are world-class players and world-class men in their giving of time and understanding of how to grow the environment. We are lucky to have a number over 30s who are Japanese and (foreigners).”

Dan Carter has added more silverware to the collection with a Top League win in Japan🏆🇯🇵 @Regran_ed from @dancarter_ – We are #1 in Japan.. How good! So proud of the team!! #KobelcoSteelers #japan #rugby #final #wewill

After a successful stint for Racing ’92, Carter made the decision to move to Japan ahead of the World Cup – a move that was met with some criticism.

However, the All Black legend continues his form wherever he goes. Now, not only has he won another championship but an award for both the league’s MVP and top kicker as well. He also credits the move with a return to form for his running and attacking game.

“I’ve really got my running game back to where it was probably 10 years ago. It’s been a real strength of mine throughout my career, to have a real attacking mindset and be a threat with ball in hand and looking to attack space, and I felt like I did that this season. I haven’t played with that freedom for the last couple of years.”