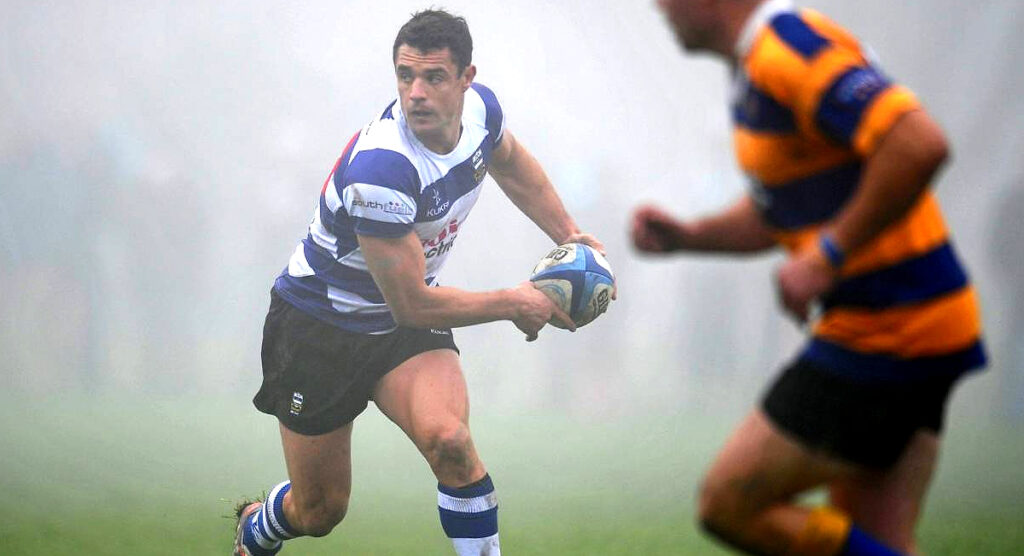 Upon Dan Carter’s return to playing for his home rugby club Southbridge, the legendary fly-half shared a photo of the last time he ran out for them.

The All Blacks great is set to feature this Saturday against West Melton at Southbridge Domain in the Ellesmere Premier Competition. It will be his first match since playing for the Kobelco Steelers in February, before the Top League season in Japan was cancelled as a result of the COVID-19 pandemic, and the first time of playing in New Zealand for five years.

The last time he starred for Southbridge was in 2014, in fairly similar circumstances to these. He was returning from a six-month sabbatical in June that year, and played 40 minutes against Glenmark in front of a bumper crowd. The week later he played 80 minutes and kicked 14 points against Burnham-Dunsandel-Irwell.

Only a week after that, he came on from the bench for the Crusaders against the Hurricanes, and was playing in the Super Rugby final at the beginning of August.

It is hoped that the 38-year-old’s outing this weekend will help him prepare for his much-anticipated debut for the Blues in Super Rugby Aotearoa. He has had to settle for being a waterboy for the first three rounds of the season, but has taken advantage of the Blues’ bye week to prepare for the visit to Orangetheory Stadium to take on his former side the Crusaders in round five.

Both teams are flying high in the competition this year, and this would be a fitting game for Carter to make his return to Super Rugby. In the meantime, his focus will be on playing for his home club this Saturday, where supporters will flock in their thousands to see the legend play.

The fly-half is also following in the footsteps of fellow All Black Ardie Savea, who played for his home club Oriental Rongotai during the Hurricanes’ bye week, as he gains match fitness after a knee injury.

Just a couple of rookies at our local rugby club 😄 Only 4 days remaining to make a bid on my match worn @allblacks 70th Test Match jersey. The final proceeds will be donated to my grassroots team, where it all begun for me, @southbridgerugby_footballclub . Now, more than ever, it’s the smaller teams that need our help. Let’s support our communities and try to ensure a bright future for the youth of today. Link in bio to join the bidding. #givingbacktograssroots #rugby #newzealand