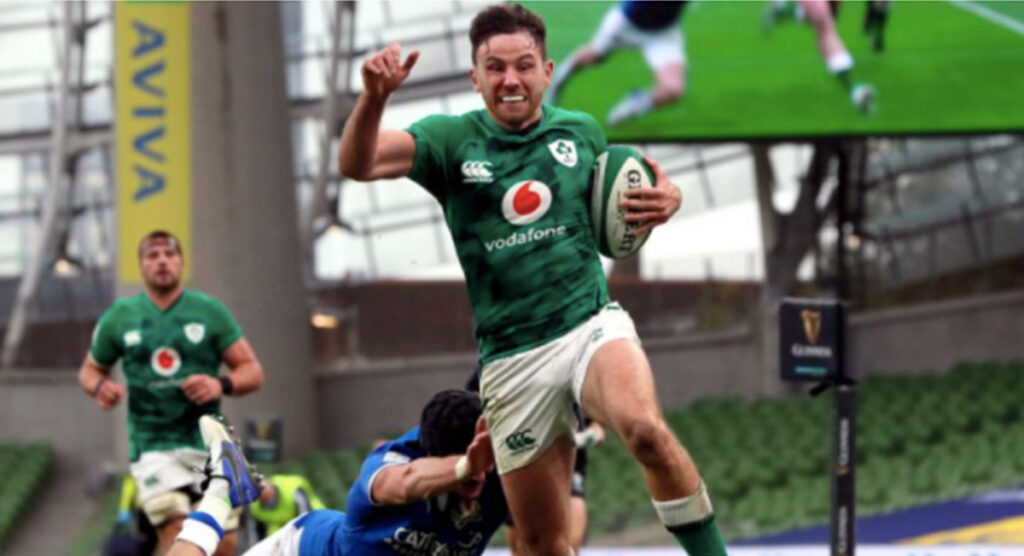 Ireland winger Hugo Keenan had a debut for the ages, scoring two tries in the opening half of his first international Test match. He would have had another to his name if it hadn’t been for a James Ryan penalty that wiped it off the board.

Keenan joined seven other Irishmen to have scored hat tricks on debut.

This time, Ireland used the extra firepower to rout Italy 50-17 and move to the top of the Six Nations table, one point ahead of England.

Speaking of the debut, Keenan said: “It was a bit different than I might have imagined growing up… The lads celebrating with you, it’s such a cool feeling.”

“I suppose just to help them in the first half to get those early tries, they came at important times, to help the team like that was extra special.”

Keenan was among three other Leinster debutants, along with Jamison Gibson-Park, Ed Byrne, and Will Connors.

Another bit of brilliance was this Peter O’Mahoney offload, leading to Bundee Aki’s try.