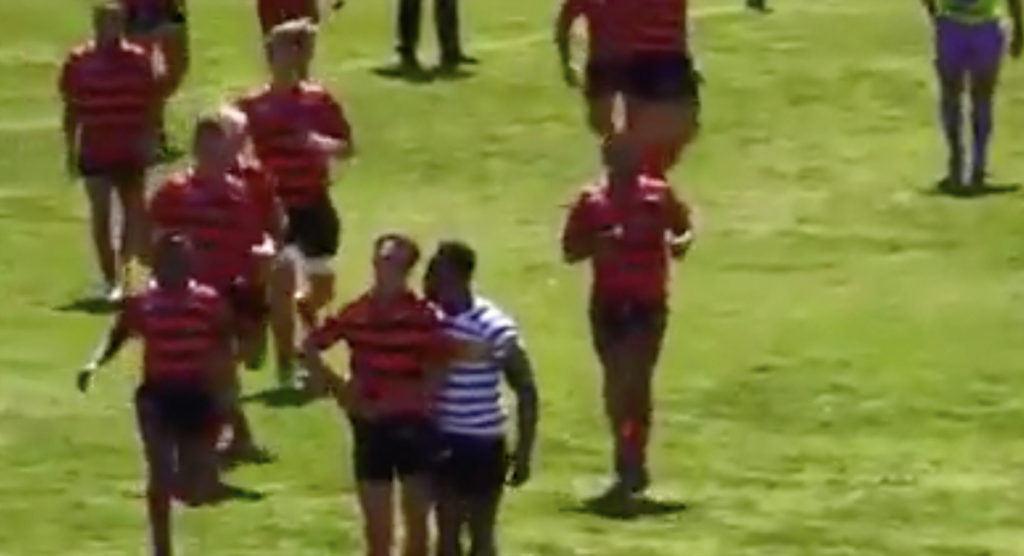 The Western Province rugby union has confirmed that they are looking into the nasty incident that saw two players involved in an ugly brawl after they were red carded in an U19 match.

The Cameroon-born winger appeared to lash out at le Roux before the two got in a scuffle as le Roux held his leg. Ambadiang then pushed le Roux and le Roux punched him, dropping him momentarily.

Once everything had settled down, the referee sent both players from the field, but the nastiness wasn’t over as Ambadiang then headbutted le Roux, causing another big ruckus.

WP went on to win the match 48-17 but the fall out has been large, with footage being shared far and wide on social media.

The Western Province rugby union has promised to take action after an investigation into the incident.

“We’ll follow the correct procedures. As the match falls under the auspices of the SA Rugby Union, there is a disciplinary process that WP and the player will follow,” said a WP spokesman. “We take foul play and violent behaviour very seriously and an internal disciplinary process will also take place at WP.”

Longer clip below (with some possible audio issues)