Disturbing update on what started this chaotic mass brawl in France 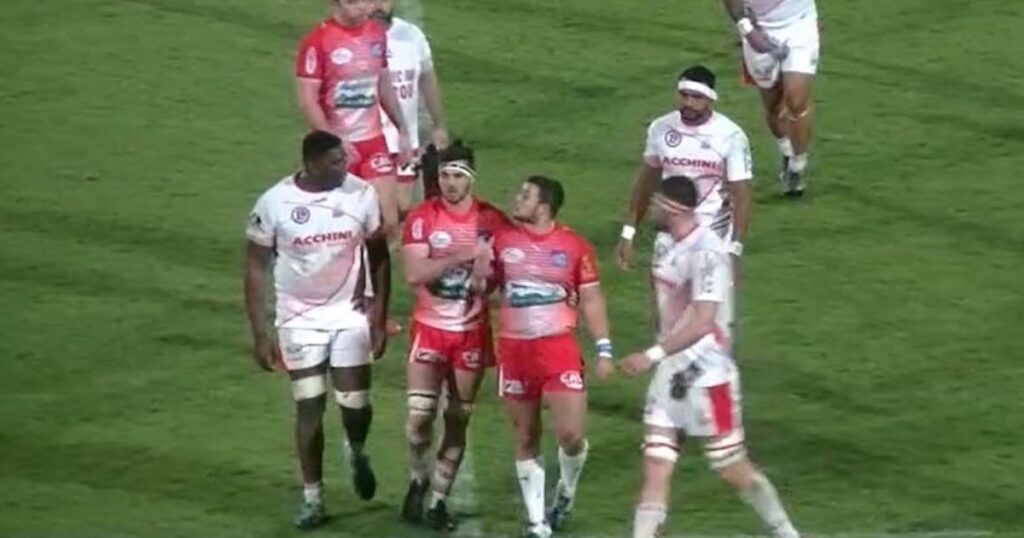 The fall-out from the mass brawl in France’s Fédérale 1 match between Tarbes and Lannemezan has taken a disturbing turn as it appears an incident of racial abuse occurred as two players were sin-binned earlier in the match.

Marvin Woki – brother of French international back-rower Cameron – was allegedly the victim of racial insults from an opposing player from Lannemezan as the pair were carded.

It is alleged that Wiki was told to “go home” as the two players walked off the pitch, with the words “dirty black” also being used.

Woki has been supported by the rugby community since the incident took place, most notably by brother Cameron, who said: “It’s shameful…we don’t want that in our rugby. It’s inappropriate language and hurtful to my family. I hope that this player is punished.”

French publication Actu reported the allegations, stating that they had seen a video where the racial abuse was heard, but that they had decided not to share.

You can read the original story here or watch the video of the brawl, with seven red cards, below.