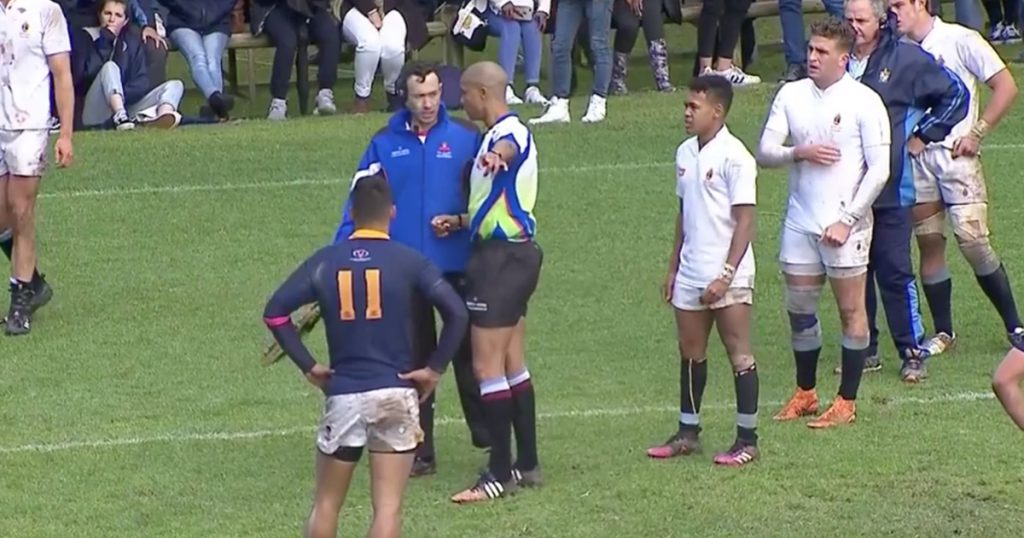 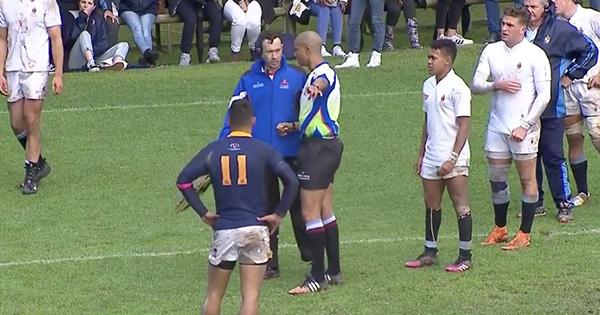 South African schools Bishops and Rondebosch squared off for the 195th Cape derby last weekend. The match ended controversially, with split opinions as to what should or should not have been a decisive penalty try.

A try from Rondebosch prop Seth Christian had just knotted the scores at 10 all.

Moments later, Rondebosch winger Thoubann Gabriels kicked ahead and a chase ensued with Bishops fullback Bingo Ivanisevic, who then shoved the quicker Gabriels from behind as Gabriels looked to scoop up the ball to score.

Perhaps at full speed, the Bishops fullback assumed the ball was scooped up, when in fact it had been kicked ahead once more from about a metre out.

Upon replay, the ball seemed to be moving at a pace that made scoring improbable.

However, shoving an oponent in the back is considered to be an act of foul play. Therefore, the referee was happy to award a penalty only and not the penalty try, as in his opinion the act did not meet the standard of denying a “probable” try.

Despite being awarded the penalty, Rondebosch couldn’t capitalize and the match ended in a 10-10 draw.