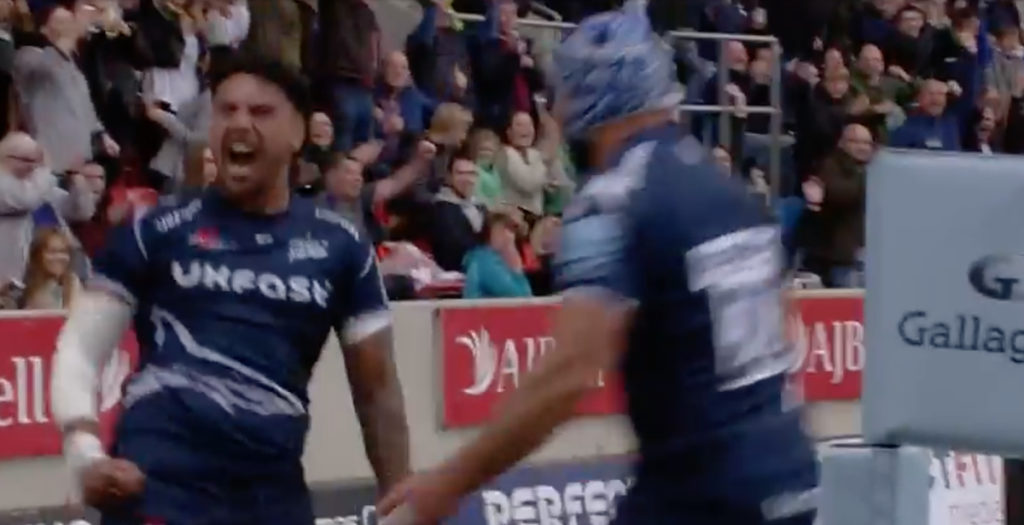 Sale winger Denny Solomona finished off a wonderful try in the corner to seal victory in an epic game against Gloucester on the final day of the regular Premiership season.

Gloucester had already secured third place in the league but Sale were desperate to earn European rugby for next season, resulting in an end-to-end game featuring 13 tries.

The most dramatic of all was Solomoa’s in the 68th minute, which came from a clean line break by scrum half Faf de Klerk down the middle of the pitch.

The Springbok then made a lovely switch with fly half AJ MacGinty in midfield, who threw a 15 metre pass off his left hand to Solomona, setting the England winger up for a dramatic dive in the corner to win the game for Sale.

The game finished 46-41 at the AJ Bell Stadium meaning Sale finished the season seventh in the league, just one point off Champions Cup rugby and full match highlights are available below: