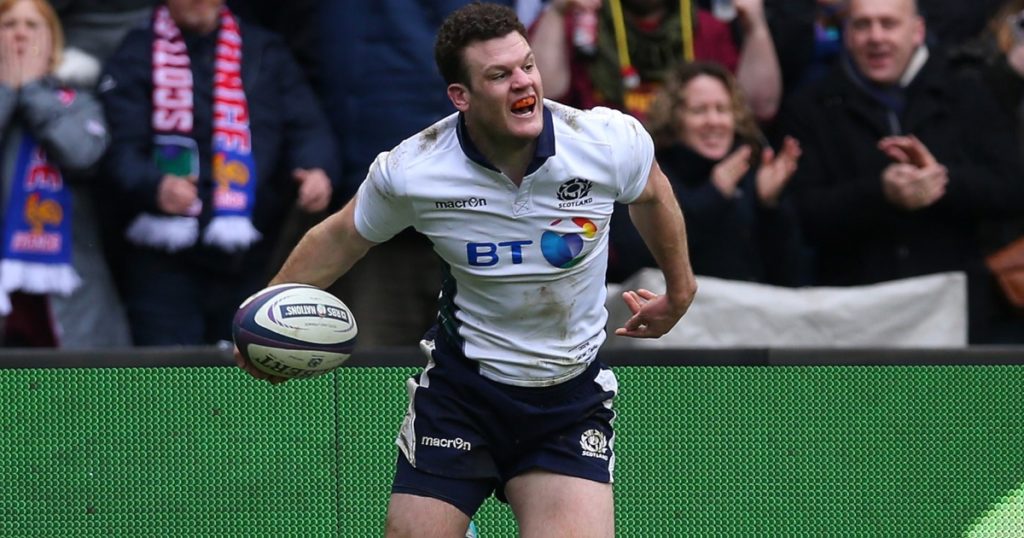 Duncan Taylor is set to make his first start for Scotland in over two years this weekend as Gregor Townsend announced his squad for his side’s opening Rugby World Cup warm-up match against France in Nice.

Saracens-based centre Taylor has been dogged with injury over the past 18 months and last appeared for Scotland during the summer tour in 2017.

Recent Blue Bulls signing Josh Strauss also features as part of the matchday squad, while Northampton’s Rory Hutchinson could make his international debut off the bench.

Taylor is partnered in the centre by Glasgow’s Huw Jones, with Darcy Graham – who starred in the 6 Nations – taking the right wing position.

Ali Price and Adam Hastings form the half-back combination as France-based Greig Laidlaw and Finn Russell are not part of the opening weekend squad.

Joining Hutchinson on the bench are fellow backs Blair Kinghorn and George Horne. Siblings Zander and Matt Fagerson are also set to play a part alongside debutant Scott Cummings.