It’s been a tough week to be an England fan. The squad was announced with much anticipation and excitement as the blend of new and experienced players lined up to take on Argentina on Sunday.

The excitement soon disappeared, with groans of ‘same old England’ echoing around the Twittersphere as England made mistake after mistake. The performance was a far cry from the revolutionary style of play that Eddie Jones had once promised. It was clunky, it was devoid of flair, and appeared to have very little in the way of direction.

Argentina must be credited for the win no doubt, they defended hard, took their chances, and made the English pay with a perfect kicking display. Despite this, many would argue that the game was lost by the English, not necessarily won by the Argentinians.

As the Twickenham dust settled, the armchair experts stood up demanding personnel changes. There were calls for ‘faster’ wingers to be included, and Itoje to be moved back to the second row. But the loudest cry of all was to choose either Farrell or Smith to start at fly-half with a different centre partnership.

Now, it’s not up to us as journalists to agree or disagree with Eddie Jones’ choices, but what we can agree on is that something just wasn’t clicking. Whether you find yourself as a rugby expert or a novice that happens to watch the rugby when it’s on, it’s very easy to spot the difference between an all-firing team…and the England team we saw on Sunday.

Think back to the 2019 World Cup semi-final when England took on New Zealand. That was a side that had a clear game plan, and a team that was able to execute it perfectly. Three years on and we see many of the same players with the same coach but a completely different display. What went wrong? 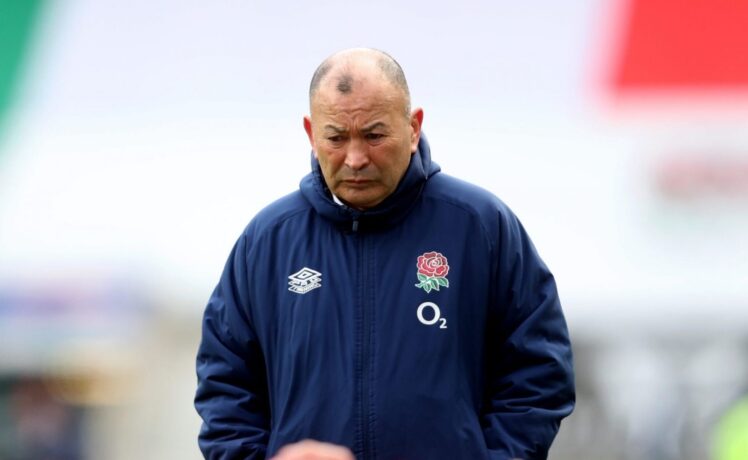 Eddie Jones has had his say on the matter.

“We have been looking at a number of long-term strategies that we are trying to employ to get set for the World Cup, and maybe our focus wasn’t tight enough on Argentina,

“That is entirely my fault.

“There are a cluster of teams at the top of world rugby. We want to break that cluster and to do that we have to have a number of different ways to play the game,

“This next 11 months is to get enough equipment in our armoury to play any way.

“England rugby is traditionally about power rugby, winning the set piece, smashing down the gainline, but we have to learn from the 2019 Rugby World Cup.

“In the final we came up against a side that had more power than us and we were unable to beat them at that game.

“We have continually had at the back of our heads [thoughts] about developing a different strategy of play, which involves more subtlety and some more ball movement to disrupt the defence.”

“We have another 12 games to the World Cup. If they are able to play 16 games together they will have a good understanding and start to read each other a bit more,

“The opportunities we missed were small cohesion problems that [improve by] playing together.”

The heads at the RFU clearly trust Jones and his judgement, but the faith hangs very loosely in the balance with fans. One fan commented “Planning ahead for the world cup by losing to the first team we play in said world cup, brilliant”.

England winger Jack Nowell has recently been given more responsibility in the England camp, named as Vice Captain the Exeter player expressed the current feelings in camp. 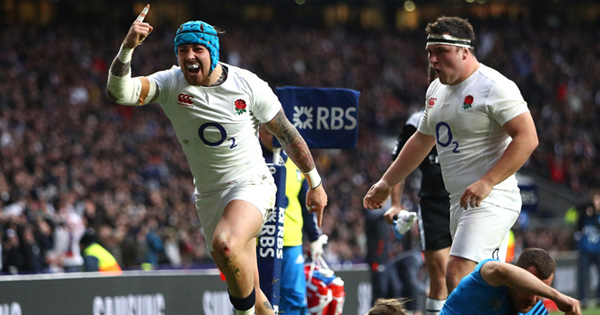 “The frustrating thing from the weekend is they are the same messages we have been saying over the past year or so,

“Before we know it we will come into the Six Nations and you can’t lose a game then to kick yourself forward. It’s the same in the World Cup, you can’t be losing games in your group.

“We need to start learning now.”

But staying optimistic Nowell, who has been in incredible form over the past couple of years, claimed that plans are in place to turn things around.

“It is always a concern, but we aren’t looking at each other thinking why aren’t we winning these games – we know why we are not winning,

“So it’s up to us players to own it a little bit more, but we had some good conversations about it yesterday with a few boys holding their hands up knowing that it’s not good enough for the team.”

England will welcome Japan to Twickenham on Saturday in a match that will no doubt prove to be an important one for the men in white, no matter the result. Japan are known for their entertaining fluid rugby, so it will be fascinating to see how Eddie Jones’ men cope against the Cherry Blossoms.