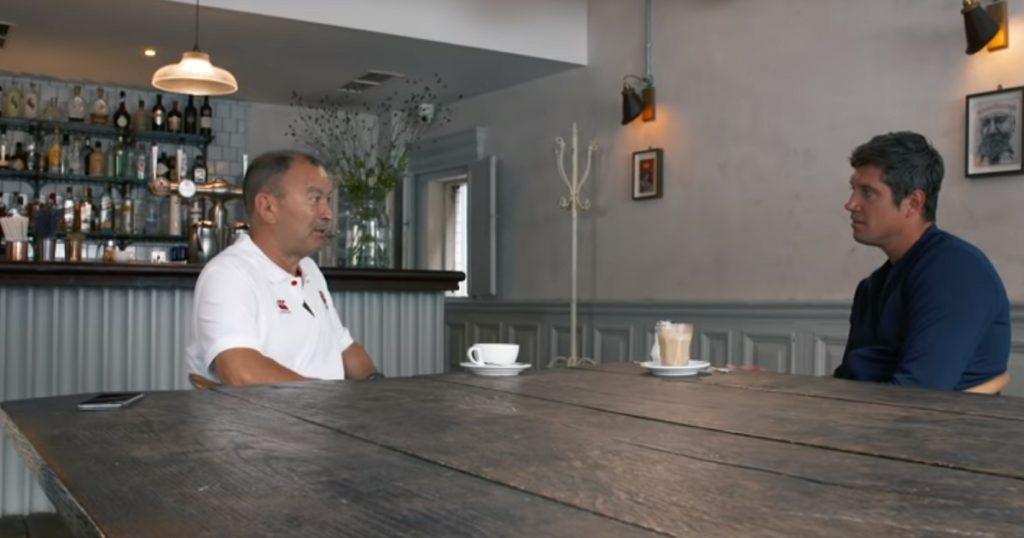 Speaking with Vernon Kay for O2 Inside Line, the Australian gives a fascinating insight into his upbringing, early rugby days and appreciation of Japanese culture stemming from his mother’s side.

Ahead of next year’s world cup in Japan, England coach Jones spoke of his approach to preparing his side step-by-step, placing an emphasis on gradual improvement ahead of a peak.

Jones admits a love for the tactical side of rugby and revels in riling up the opposition wherever he can. This, according to the man himself, came from his playing days, a result of not being big enough to physically intimidate opposing players.

This undoubtedly has gone with him into coaching, as Jones is known to be one of the most interesting and unpredictable characters of the game.

An aspect of Jones which has worked in his favour has been his adaption to certain cultures. Half Australian, half Japanese in origin, Jones experienced a mix of cultures growing up and learned specific rugby cultures by travelling to Leicester during his career.

After assuming the head coach role in Japan, Jones used his love for tactics and knowledge of Japanese culture to teach his players how to win without being the most physically dominant.

Incidentally, there is a film about this famous match due to be released, starring New Zealand actor Temuera Morrison.