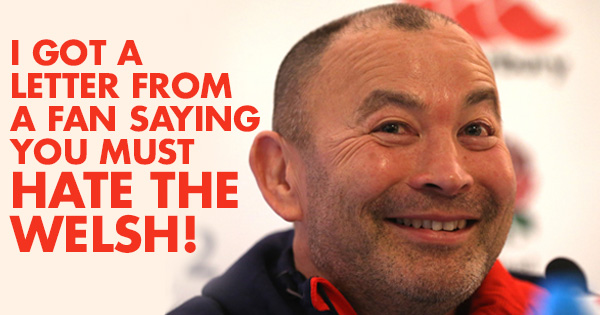 “I got a letter from a fan the other day saying you must hate the Welsh!”

England coach Eddie Jones talks about the intense rivalry between the two old enemies ahead of Saturday’s big Six Nations clash at Twickenham. The winner of this match will be in pole position for the final weekend, and a championship title.

While Jones has coached all over the world and been part of Wallabies vs All Blacks clashes, he says that what he has experienced since taking over as England coach is unique.

Most fans will agree however that while losing is not an option, the word ‘hate’ is probably a bit harsh and should probably not be taken too seriously. What do you think? 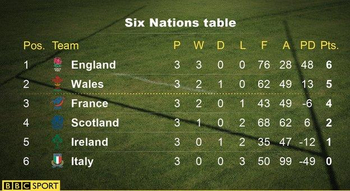