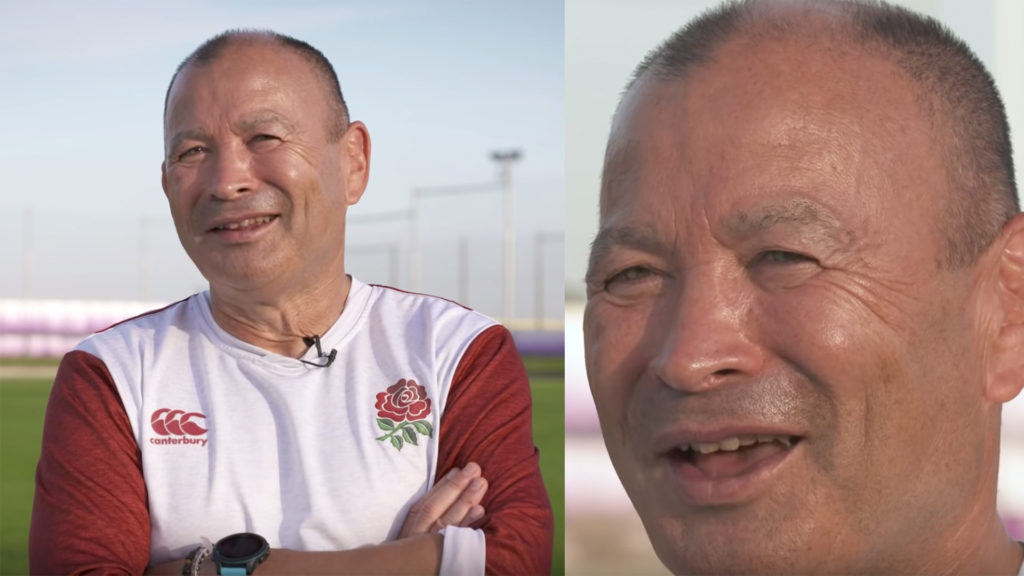 Eddie Jones has urged England fans to support their team from their clubhouses this weekend as they take on South Africa in thw World Cup final.

The England coach announced the team that will take on the Springboks today, an identical side to the one that beat New Zealand last Saturday in Tokyo.

Jones said this as he was about to announce his team…

“So if you’re home in England you probably haven’t got the sun shining, it’s probably a bit gloomy. But you’re going to find some sun shining at Yokohama Stadium on the 2nd November. So make sure you get down to your club and that you watch it guys, have a pint and enjoy the game.”

The RWC 2019 final is a repeat of the 2007 Rugby World Cup final when South Africa won 15-6. It is the third time that a final has been repeated after England v Australia (1991, 2003) and New Zealand v France (1987, 2011). This will be the fifth RWC meeting between these two teams. South Africa have won three of the previous four and England have won one.

England are the first team to reach the Rugby World Cup final after being eliminated at the pool phase in the previous World Cup.

The England team announcement for the final squad was actually very impressive, with a slide showing the players as young lads.

The England Rugby social media team has been on top form during the World Cup releasing weekly videos following the progress of their team.

England fans will need to be up by 8:00 am if they want to watch the build-up for the big game, so it will be a bit of a challenge for rugby fans to get down to their local clubs for the match.

Here is the video that they made urging fans to go down to their clubhouses early on the morning of the game.

Will you be watching the game at your local club?