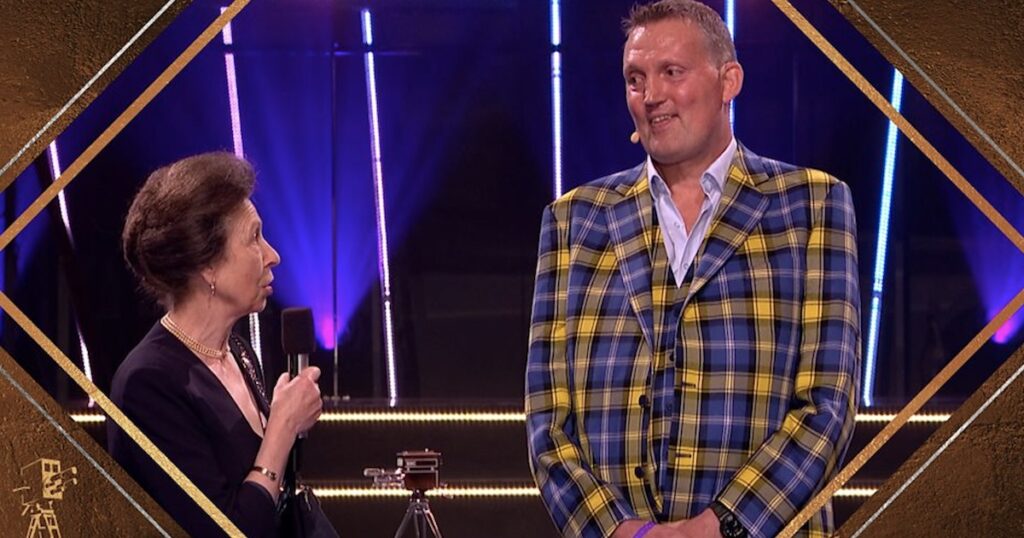 Former Scotland internationalist Doddie Weir was recognised at the BBC’s Sports Personality of the Year award show last night as he continues his fight against Motor Neurone Disease.

Weir, who has been raising awareness about the disease ever since his diagnosis in June 2017 – most notably through his charity foundation My Name’5 Doddie, was presented with the Helen Rollason Award which is given to athletes who show outstanding achievement in the face of adversity.

Princess Anne, the patron of the Scottish Rugby Union and of the Motor Neurone Disease foundation for over 30 years, handed Weir his award at the annual event, which was held in Aberdeen.

Speaking about his award, Weir said: “From playing sport, I’ve got a bit of spirit and fight and my spirit is to find a cure for MND. My foundation has raised nearly £5m, the recognition and support has been staggering.

“Sport has taught me to enjoy myself because you don’t know what’s next so tonight will be pretty special.”