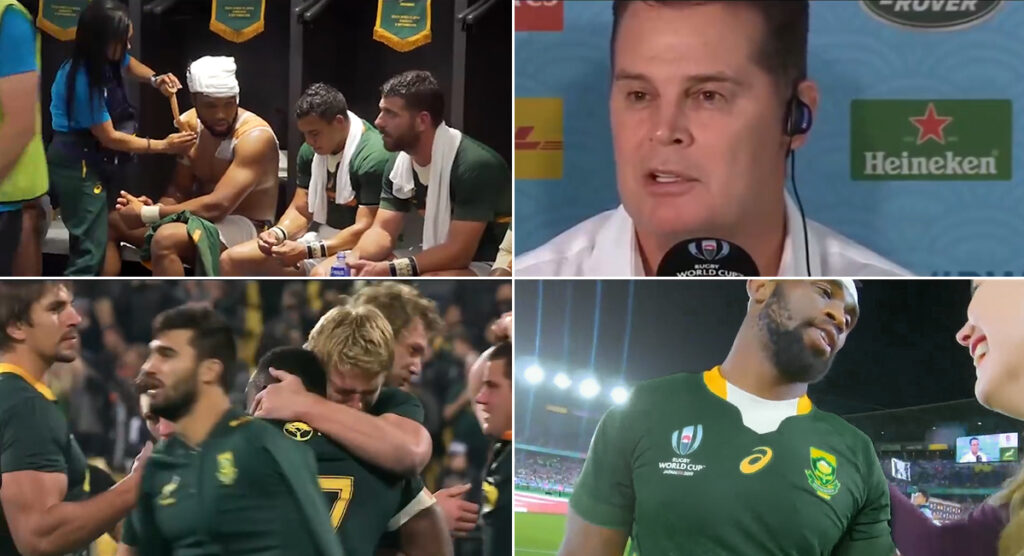 Supersport will be releasing an exclusive behind the scenes documentary that tracks the Springboks’ journey to Rugby World Cup 2019 champions. Today, they released this epic trailer that is sure to give fans chills, while telling a redemption tale that was anything but smooth sailing.

A camera crew travelled with the Boks for the duration of 2019, capturing unprecedented footage through behind the scenes access in the lead up and throughout the Rugby World Cup in Japan.

With unique access and exclusive contributions from coaching staff, players and commentators, the documentary is the story of how a team, a nation and the world came to discover that we are all indeed stronger together.

“From the clips I’ve seen, this will reveal an entirely new layer of what makes the Springboks great,” said Gideon Khobane, SuperSport chief executive.

“It is a powerful story about changing fortunes and changing mindsets, about pressure and hope, about recognising the power of inspiration, and learning what representation truly means.”

Jurie Roux, CEO of SA Rugby, said: “The team welcomed the SuperSport crew into the inner sanctum for a warts-and-all view of what goes on behind the scenes. The team was very clear in its main focus – which was to win rugby matches – but we ended with a story and a journey that proved to be far bigger than the game.”

While the final against England is recalled by millions for several great moments, very few were in the inner sanctum from the start.

“Chasing the Sun” therefore intends to lift the lid on the world of Springbok rugby like never before.

It is reportedly deep in production, to be released in six parts, planned to go out in August of this year.

If the trailer is anything to go by, you won’t want to miss it.