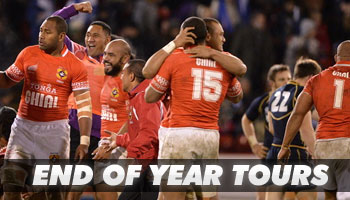 Another important weekend of rugby is behind us as we now know who the top four seedings will be for the 2015 Rugby World Cup Pool Allocation Draw. For some it’s great news, while others are slipping down the list, but have another important week ahead.

It’s no surprise that the All Blacks retain the number one position that they’ve held since 2009. South Africa stay in second place while the Wallabies are in third. France will be pleased to have secured fourth spot, despite being tested by Samoa. 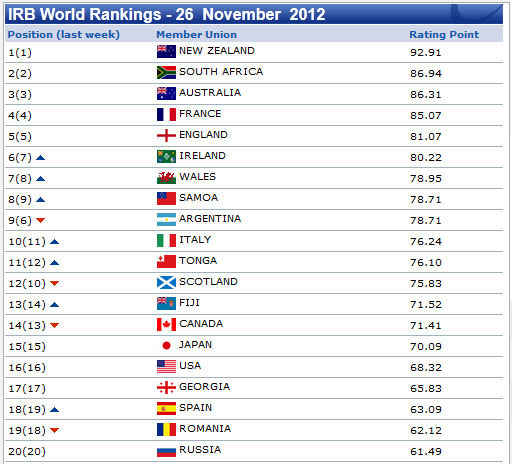 The pool allocation draw takes place on December 3rd. As it stands, the bands are as follows:

As with last week, all the big matches of the weekend are now archived with highlights and full match replays. Below is a quick recap, including all the links you need to get up to speed.

The two sections that are linked to in this post: Full Matches | End of Year Tours