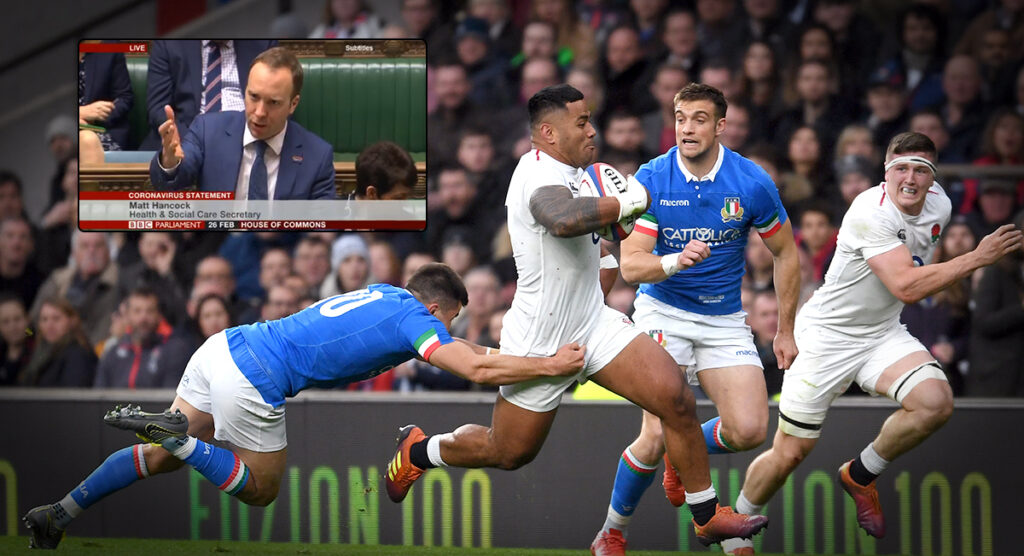 The Secretary of State for Health and Social Care Matt Hancock has addressed England’s upcoming fixture against Italy in the Six Nations amid fears of the spread of the coronavirus.

The issue was raised in Parliament on Wednesday, after Irish Minister for Health Simon Harris urged Ireland’s contest with Italy on the 8th of March to not go ahead in Dublin.

With Italy experiencing hundreds of cases of the virus, the match has subsequently been postponed.

With England due to travel to Rome the week later, that fixture has also been thrown into doubt as the virus has started to spread through Europe. This is what Hancock said in the House of Commons:

“[The Department for Digital, Culture, Media and Sport] are involved in the cross government decision making on these things. Our goal is to minimise social disruption of which this is an important part for any rugby fan, subject to keeping the public safe and these are difficult balances to strike sometimes and I’ll be discussing it with the new secretary of state and DCMS.”

In a cruel twist of fate, the postponement of this particular match will mean that yet again, Italy legend Sergio Parisse will be robbed of his farewell.

But this is not the first time that the Six Nations has been disrupted in this way, as the 2001 Championship was affected by foot-and-mouth. Ireland’s fixtures against the home nations that year were postponed until September and October.