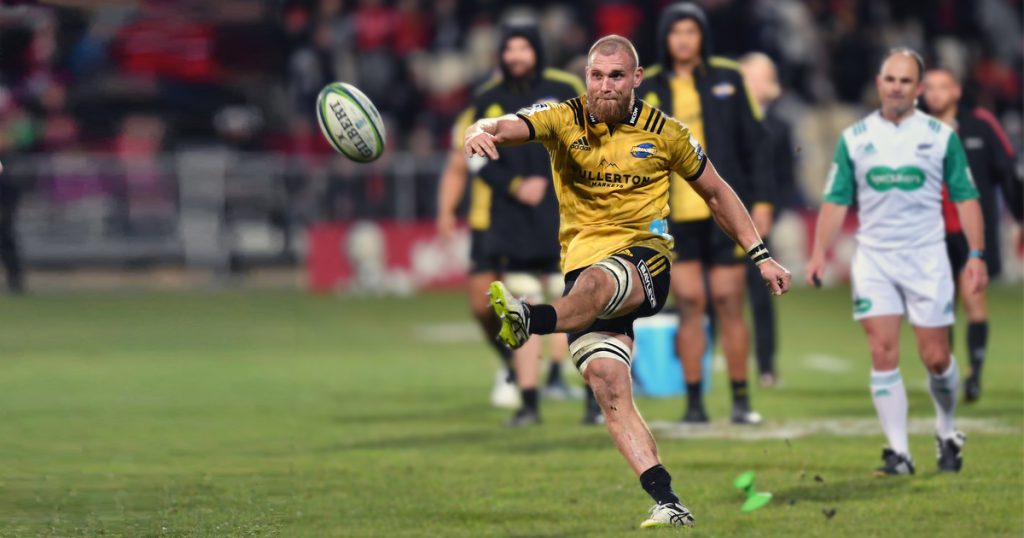 With the Hurricanes failing to beat the Crusaders in their semi final clash, their Super Rugby campaign is over, which means a farewell to coach Chris Boyd, winger Julian Savea and loose forward Brad Shields. Shields was given the honours with the tee at the end of the match.

The recently capped England flanker will now move to the UK to play for Wasps, so it was an emotional farewell in Christchurch, as he looks ahead to his next chapter.

As has become customary, Shields gave a kick at goal his best shot as the game came to a close.