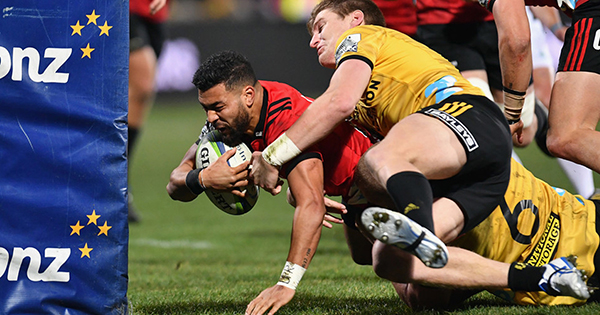 Richie Mo’unga was on outstanding form as the Crusaders powered into the Super Rugby final with a convincing 30-12 win over the Hurricanes in the first semi final. The visitiors scored a consolation try through Ben Lam but it was too little too late.

This final makes it the 20th home final for the Crusaders, who remain unbeaten at the venue.

They will face the winner of the second semi final, between the Lions and the Waratahs.

The dominant performance was in a large part thanks to another superb performance by number ten Mo’unga, who effectively showed up opposite number Beauden Barrett.

Due to the loss, the Hurricanes must now bid farewell to departing Brad Shields, Julian Savea and coach Chris Boyd. Savea himself picked up a miraculous try, somehow finishing in the corner for one of the two ‘Canes tries on the night. The other was scored by Lam with time in the red.

The Crusaders now aim to pick up their ninth Super Rugby title, and in this form and playing at home, would be most people’s favourites for the 2018 title.