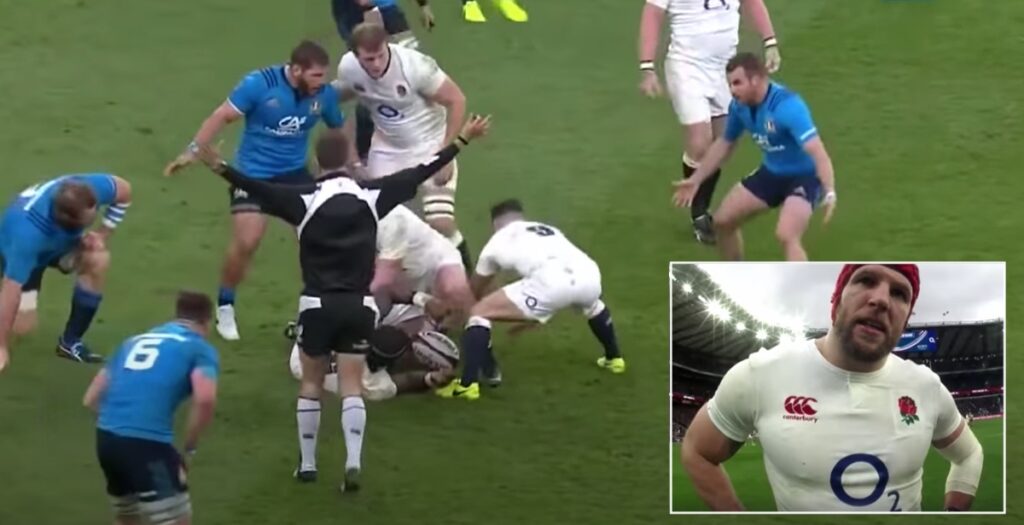 Twickehnam descended into chaos during the 2017 Six Nations when Italy caught out England by challenging the rules around the breakdown.

Once a tackle had been completed the Italians chose not to compete for the ball meaning there was no offside line. This allowed the Italians to swarm around the English scrum half and prevent them from passing.

As referee Romain Poite repeatedly called “just a tackle”, 80,000 fans inside the stadium grew frustrated as Italian players were able to stand wherever they liked and disrupt the English attack.

This tactic came during the infancy of Conor O’Shea’s reign as Italy head coach and was hailed as genius by many fans. The incidents were collectively known as ‘ruckgate’ and almost led to Italy’s first ever win over the English.

During the game England’s James Haskell approached Poite to ask about the ruling, which lay the foundations for the referee’s infamous “I am the referee not a coach” line.

Despite the chaotic nature of the game, England pulled through to win 36-15 having trailed 5-10 at half time. Full match highlights are available below: