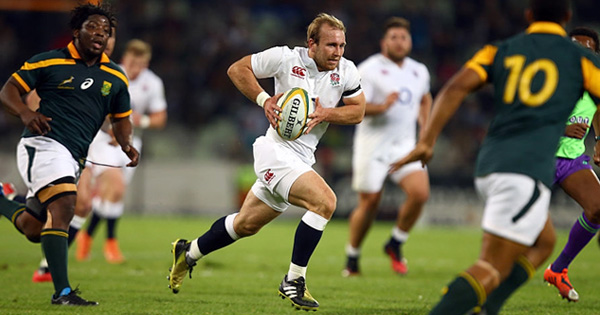 England Saxons scored some stunning tries on their way to a 32-24 victory over a South Africa ‘A’ team on Friday evening in Bloemfontein. The visitors led 22-3 at halftime but a second half fightback saw the South African team get within a point, before conceding a late try.

All three of the Saxons’ first half tries, scored by Alec Hepburn, Semesa Rokoduguni and Dan Robson,  came as a result of turnovers, displaying the sharp counter attacking threat of the team.

“We could have gone about it a bit better in the second half but hats off to the guys, they dug in at the end and came away with a crucial score to close the game,” said Saxons head coach Ali Hepher.

“I’m really pleased. We’ve set up an opportunity to try and win the series now. We are already thinking towards next week and we’ll start preparing for that.”

The next match in the two-match series takes place at Outeniqua Park on Friday 17 June (KO 7pm local, 6.10pm BST). The Saxons will prepare in Cape Town before making the trip to George.