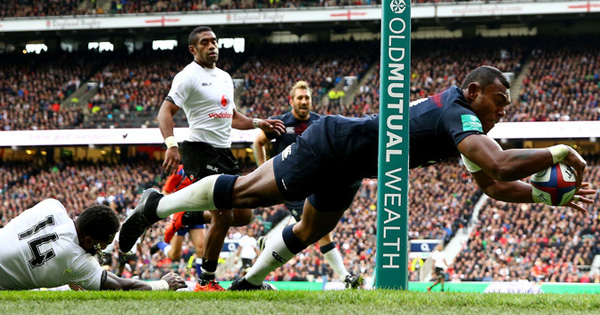 England scored nine tries to run Fiji off the park and win 58-15 at a packed Twickenham Stadium on Saturday. Fijian born England winger Semesa Rokoduguni started for England for the first time since 2014, and scored a brace, as did Jonathan Joseph and Joe Launchbury.

“It doesn’t mean fish and chips is basic. I thought we played some sparkling rugby, really good stuff. The ball movement, crispness of passing was fantastic. We are a young team, in terms of only being together 11 games. We are not going to get everything absolutely right.

“Rokoduguni has definitely got a smile on his face. I’m really pleased for him because he worked hard to get this chance. He got a lot of reward for the hard work he’s done.”