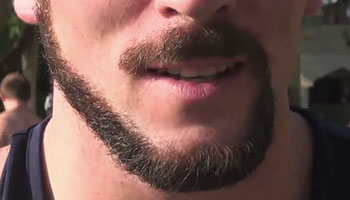 Movember is over but this was one of the more creative entries of the month. Sevens flyer Matt Turner was dared by friends back in former home town Cape Town to have a go at a ‘Monkey’s Tail’, which is pretty self explanatory. The result is outstanding.

Around the world Movember, which involves men growing their moutaches in November to raise awareness for mens health, has reportedly raised close to $100 million worldwide.

Well played to everyone who took part, and if you fancy sending in a pic of your effort, tweet @Rugbydump using the hashtag #RDMovember. We’ll share some of the best.