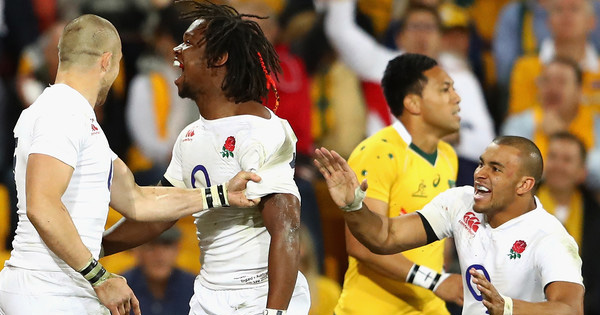 England avenged their Rugby World Cup 2015 loss with an impressive 39-28 first Test win at Suncorp Stadium on Saturday. The Wallabies led early but England came back strongly and with the boot of Owen Farrell claiming 24 points, they claimed the ascendancy in the series.

Late in the game the Wallabies had an outside chance to sneak a win after having opted to take the points rather than attempt to score a converted try, which would have drawn things level.

Bernard Foley slotted the kick, but after a few phases of attack, the hosts were turned over and England showed great character to keep the ball in play, resulting in a special try of their own.

“They played well, put us under a bit of pressure at the breakdown I thought and that’s important at this level,” said Australian skipper Stephen Moore.

“We need to tidy that up a bit but we’ve got two more games left in the series and we’ll get back to work and look forward to Melbourne. It’s disappointing from our perspective tonight, but England played well and deserved the win.”

To compound things for the Wallabies, star flanker David Pocock has been ruled out of the rest of the series following a knock he took to the face. He initially went off for treatment due to blood, but it has since revealed that he has a fractured eye socket.

England’s star flanker James Haskell, who was named Man of the Match, has said that coach Eddie Jones has made a massive difference to the way they operate, particularly how he deals with the players.

“Eddie treats the boys very fairly and understands that in professional sport you have to talk to people in different ways. He knows how to get the best out of people and knows that some people need the carrot and others the stick. I’m more of a carrot man.”

England can seal a historic series win if they come out on top in Melbourne this coming Saturday.

NOTE: If these highlights don’t play for you, you can view them here