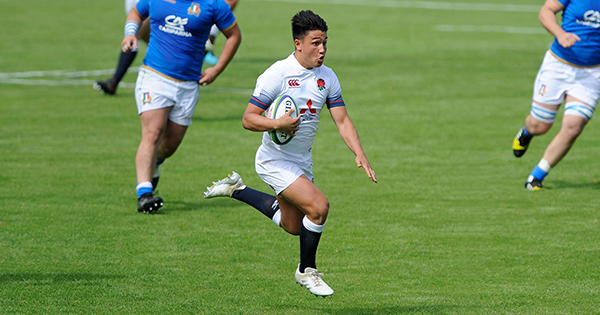 England are the first team to qualify for the semi-finals after another fascinating day of junior grade rugby at the World Rugby U20 Championship in France on Sunday. South Africa and New Zealand are the only other teams that sit on maximum points.

Three places still remain for the semi-finals, after England won Pool B with a convincing 43-5 defeat of Italy in Perpignan, giving them a maximum 10 points from two rounds, and an unassailable lead, regardless of what happens in the next round of pool play on Thursday.

Defending champions New Zealand and South Africa are the only other teams with maximum points and sit top of Pool A and C respectively. New Zealand beat Wales 42-10 in wet conditions in Béziers, while South Africa had to dig deep once again to overcome Ireland 30-17 in Narbonne.

Hosts France are the only other unbeaten team after they battled past Georgia 24-12 in Béziers, but the failure to secure a bonus point leaves them one behind South Africa and sets up perfectly their pool decider.

Four other teams remain in contention, although Wales, Italy and Argentina can only hope to claim the best runner-up spot across the three pools with Los Pumitas keeping themselves in the mix with a 29-13 defeat of Scotland in the opening match in Perpignan.

Australia were another to record their first win, finishing strongly to beat Japan 54-19 in Narbonne to take their tally to six points and keep alive their hopes of a first semi-final since 2011. To do that, though, they will have to beat New Zealand and potentially also deny them a bonus point.

The pool stages reach an exciting conclusion on Thursday with the remaining semi-final places at stake.

In Béziers, Italy take on Argentina in Pool B before England tackle rivals Scotland, while in Narbonne, Ireland face Georgia before hosts France and South Africa battle it out for top spot.

Wales will face Japan in the first match in Perpignan before New Zealand and Australia meet in the Pool A decider.You can catch up on all the match highlights below.

Scotland U20 vs Argentina U20

South Africa U20 vs Ireland U20