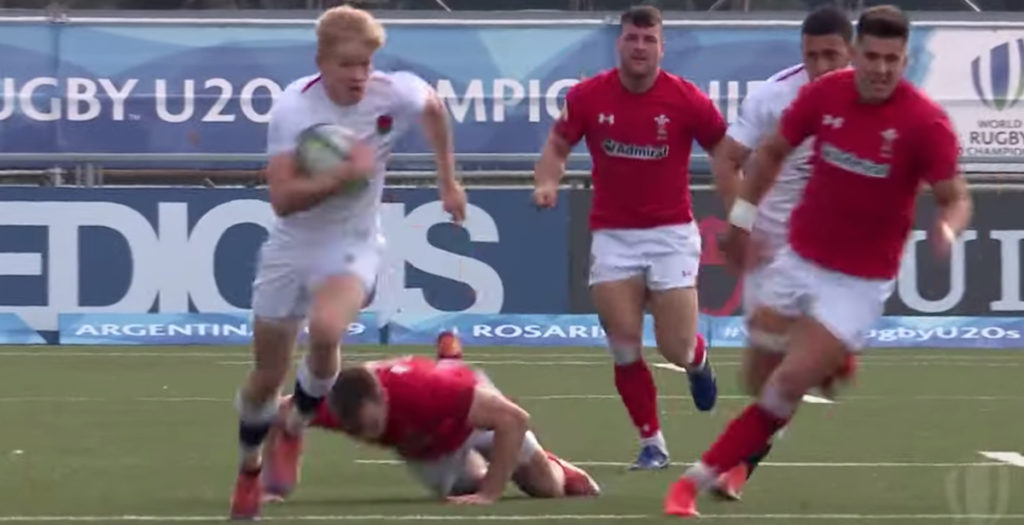 The Newcastle Falcons and former Sedbergh Schoolboy picked up a loose ball just outside England’s 22-metre line and took on the Welsh defence on the outside.

Having beaten his opposite number for pace, Hodge used footwork to break through another tackle before chipping the ball over the full back with his inside foot.

The 19-year-old then showed impressive gas to reach the ball first over the welsh try line and score England’s fifth of six tries at the Racecourse Stadium, Rosario.

Hodge finished the tournament as top points scorer and the game ended 45-26 to England.