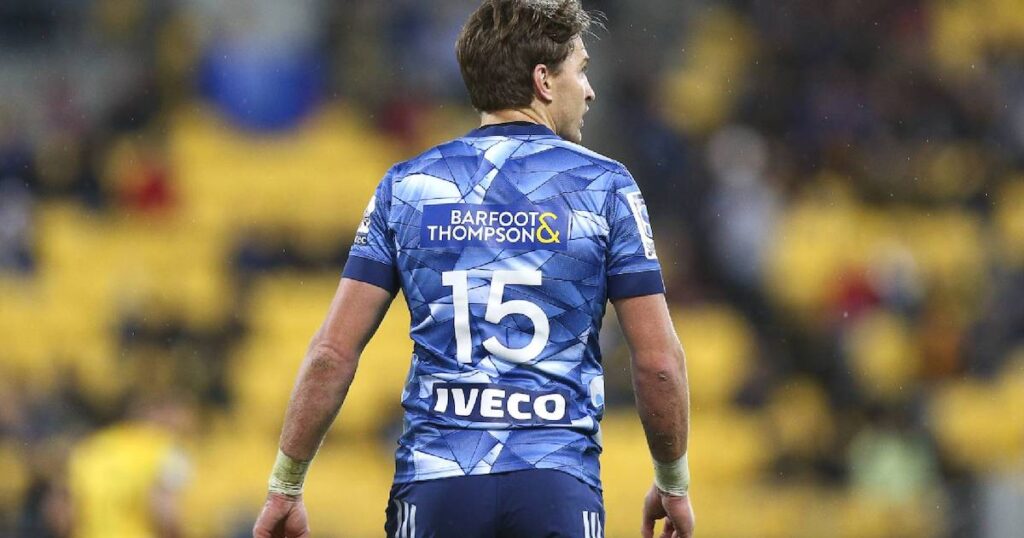 Ask anyone in New Zealand what position they think Beauden Barrett should play and you will surely get a mix of replies. Whether it’s fly-half or full-back, it’s something that divides opinion.

Former Springbok Butch James knows this all too well. The 42-time capped out-half admitted he found the decision to play Barrett at 15 at both Super Rugby and international level “very strange”.

Barrett is eyeing a return to his customary position of fly-half for the Blues following an injury to incumbent Otere Black.

Speaking as part of the Use it or Lose it show, hosted by fellow ex-team-mates Schalk Burger and Jean de Villiers, James feels like the All Blacks should be allowing their “best player” to get his hands on the ball as often as possible.

“I know Richie Mo’unga has also been brilliant and been playing good rugby but you would want your test player, not to be playing fly-half but to be getting his hands on the ball as much as he can,” James said.

“For me, at full-back, he probably gets some good opportunities to counter-attack but he’ll never get as many opportunities as he would as a fly-half.”

The competition for the 10 jersey in New Zealand is perhaps at its highest now with Barrett and Mo’unga both playing at a world class class. It’s not the first time the All Blacks have had a conundrum in this position either, having had to find a way to fit in the likes of Luke McAlister and Dan Carter moving between fly-half and centre.

Currently, the All Blacks situation is a little more complex due to the fact that Barrett and Mo’unga are both exceptional out-halves, leading to the almost necessary inclusion of each in the match day 23. Damian McKenzie is another who can possibly sympathise with Barrett, having alternated between 15 and 10 in his career so far.

If there is one key comparison, it’s with England’s choice to play Owen Farrell and George Ford in the same starting line-up, with one at fly-half (generally Ford) and the other (Farrell) at inside centre. As Burger says, when things go your way, the problems of players not accustomed to playing in their preferred position are not as clearly demonstrated as when they’re under pressure.

James concurred: “I think England is the prime example, they missed a little beat there with playing Farrell at 12, I would have moved him into 10,” said James.

It’s a debate which will undoubtedly carry out in New Zealand, but there may be some inspiration from the good and bad of England’s own situation.