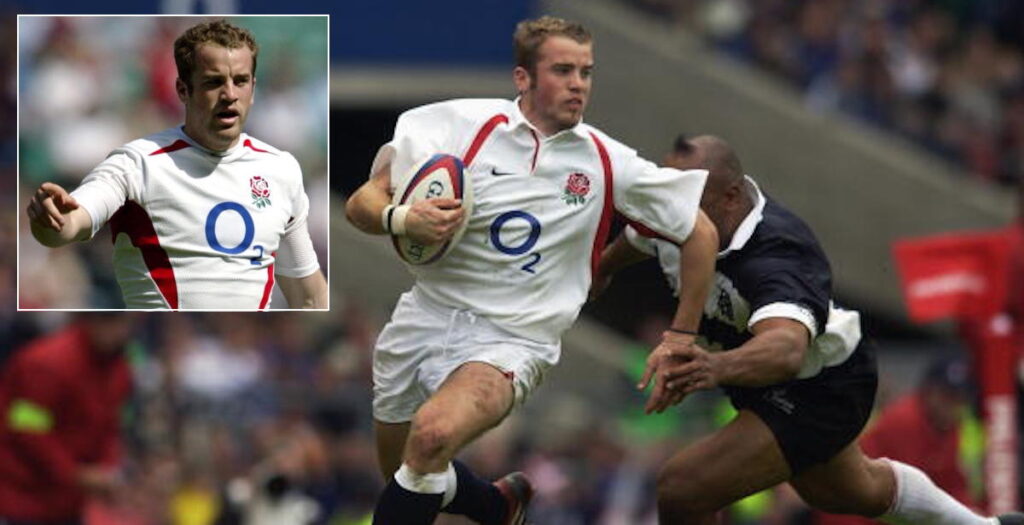 Gloucester legend James Simpson-Daniel is one of the club’s greatest ever servants and their most consistent try-scorer throughout his 13-year career.

He made his debut for the club as a teenager in 2001 and went on to represent Gloucester 276 times, accumulating 120 tries in the process.

The winger was as much a playmaker as he was a finisher and after scoring a hat trick in the 2002 Hong Kong sevens final for England, he was called up for a non-capped game against the Barbarians.

Simpson-Daniel was four days shy of his 20th birthday when he made his unofficial England debut at Twickenham and he scored this iconic try around the outside of the late great Jonah Lomu:

The Gloucester man faced Lomu again in 2002 during his full international debut against the All Blacks, helping England to a 31-28 win.

Simpson-Daniel looked likely to feature in the 2003 World Cup squad but a back injury ruled him out of the 30-man squad and further fitness setbacks cost him spots in the 2004 Autumn series and 2005 Six Nations.

The following year he was selected at centre against Samoa but came off at half time with a hip injury and he missed the two Test matches against Australia in 2006 following a dead leg in training.

These setbacks cost him a place in the 2007 World Cup squad but he was named Premiership Player of the Season for 2007-8. He continued to be a talisman for Gloucester the following years and was called up to the 2011 World Cup squad, but was later released by Martin Johnson prior to the tournament.

His brilliant club career ended in 2014 due to an ongoing ankle injury aged 32 but with just 10 caps for England, many fans consider him a truly underrated player at international level.