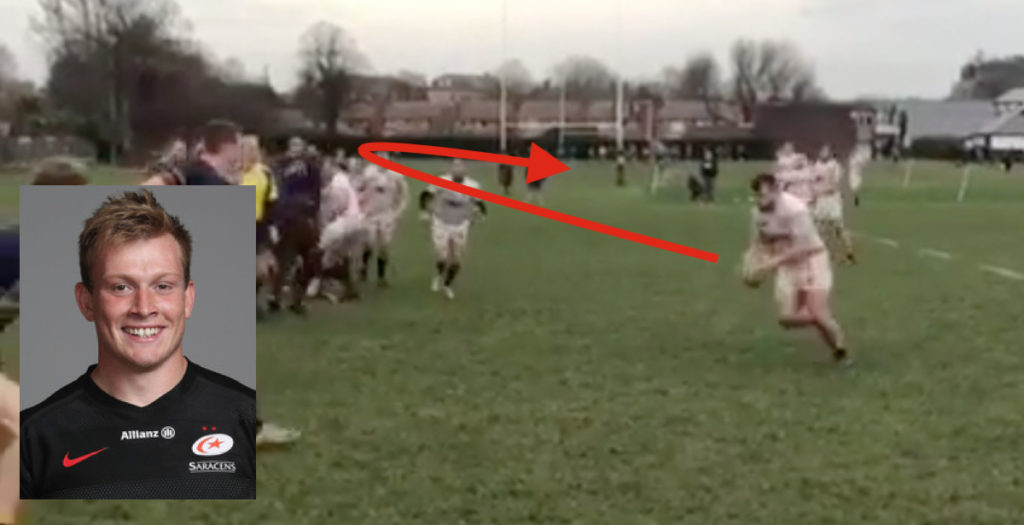 A grassroots game earlier in the year between Sidcup and Old Colfeians in south east London produced one of the worst open field kicks of the season.

The Sidcup number eight attempted to chip the ball over the defence, but instead scooped the ball off the end of his foot. The ball then bounced off the opposition and straight back into the arms of his teammate.

The player in question happens to be the brother of Saracens centre Nick Tompkins, who has now made over 60 appearances for the Premiership champions – unsurprisingly he was first to comment on the video.

Great win away for the 2nd XV, how about this chip from @alexjtompkins #skills #buthedidthe1.2k #AntonorAlex?