Every angle of Jonny May's incredible try vs Italy 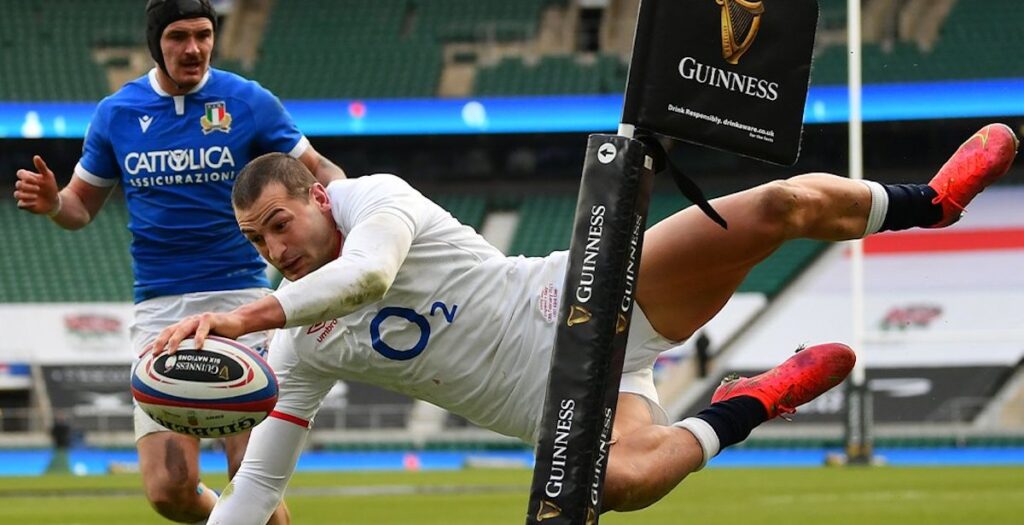 The 30-year-old got the ball in the corner just before half time and dived high up into the air and somehow managed to dot the ball down despite the best efforts of Luca Sperandio to stop the Gloucester man.

Commentator Ugo Monye described his finish at world class and this latest try was May’s 32nd in 63 Test matches for England.

What a finish from Jonny May! pic.twitter.com/596IPi02bh

Absolutely scandalous from Jonny May 😮 pic.twitter.com/pleM380Zq2

And that’s a fair leap from Jonny May too! pic.twitter.com/3xSPUBHba1

Jonny May has now progressed to Level 2 try scoring. This is the boss level #ENGvITA @EnglandRugby pic.twitter.com/v8TUffK24A