Every country the Lions have faced outside of ‘The Big Three’ 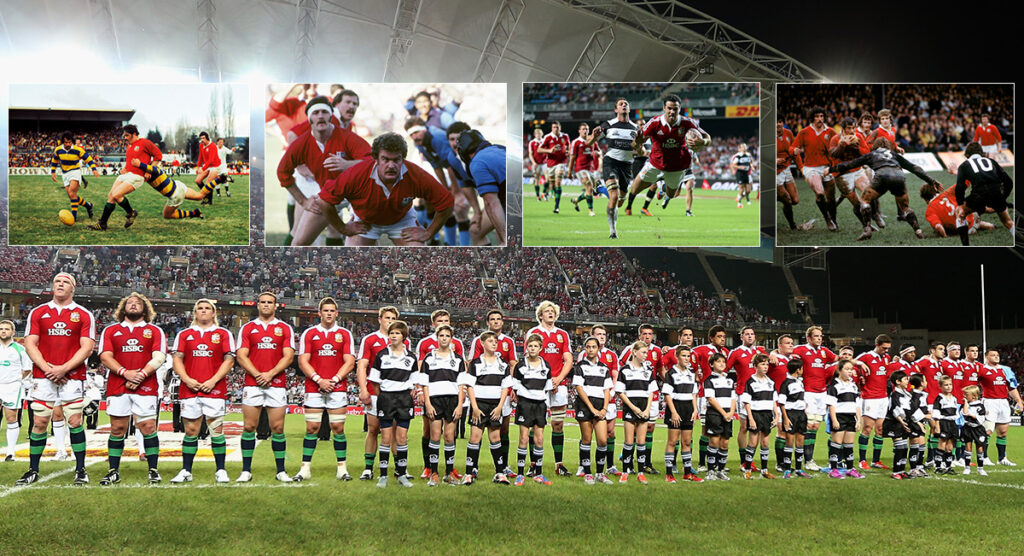 Over the past 30 years, the British and Irish Lions have had a consistent diary, whereby they tour one of South Africa, Australia or New Zealand every four years.

This structure may be in jeopardy though, as World Rugby chairman candidate Agustín Pichot seeks to expand the Lions tour from ‘The Big Three’ to a worldwide scale.

This is a reasonable desire of his given the growth and development of the game in other parts of the world, such as Argentina, as well as Japan, who have never played the historic team before.

A potential fixture between the Lions and the Brave Blossoms has been discussed recently, which could take place before the 2021 tour to South Africa.

It seems inevitable that the schedule of the Lions will change again in the coming the years, as, after all, even the concept of a tour of Australia was once far less frequent than to South Africa or New Zealand.

The Lions have only played the Wallabies 23 times (losing six and winning 17), including only one test in over 40 years in the first half of the 20th century.

This does not mean that the Lions have not played any other countries throughout their illustrious history, which began in 1888 with a tour of New Zealand and Australia, and saw them play their first ever Test match in 1891 against South Africa.

In fact there are some surprising names the Lions have faced along the way, and here they are:

Under the name ‘British Combined’ in May and June 1910, a team of 16 Englishmen and three Scots toured Argentina, playing the national side and beating them 28-3. Bizarrely, this coincided with another Lions tour of southern Africa.

The Lions returned to Argentina in 1927, and participated in a longer tour which consisted of nine matches, including four Tests. Unfortunately for the home side, this was a series to be forgotten, as they fell to a combined score 160-3 across those four matches.

The Lions returned nine years later in 1936, where they would play ten matches, including ones against Argentina A and B sides, but only one Test in which they won 23-0 in Buenos Aires.

It would be 79 more years before the two sides met again, when Sir Clive Woodward’s side hosted the Pumas at the Millenium Stadium in 2005 ahead of the ill-fated tour of New Zealand. The game finished in a 25-25 draw, which was one of the signs during that period that Argentina deserved to compete against the best. However, that remains the last time the two sides played each other.

Between 1910 and 1974, the Lions played Zimbabwe (although named Southern Rhodesia or Rhodesia during that period) nine times, sandwiched in tours of South Africa, winning all encounters.

The first was in 1910 in Bulawayo, where the Lions won 24-11before losing a Test series against South Africa.

The two sides met again in 1924 at the Salisbury Sports Ground, amid a 21-match tour which also saw the Lions lose to South Africa in a four-match series.

A 24-match tour in 1938, where the Lions lost 2-1 to the Springboks, saw them play Zimbabwe twice, which they also did in 1955 during a 25-match tour of Africa, which finished with a 2-2 series draw against South Africa.

Only three more contests would be played between the two, during the 1962 and 1968 tours, in which South Africa were victorious, and the 1974 tour, which was won by the Lions.

The Lions have played Sri Lanka twice in their history, although named Ceylon at the time, winning both.

The first match came en route the journey home after a 28-match tour of New Zealand and Australia in 1930, where the visitors lost the series 3-1 to the former and 1-0 to the latter. The tour ended on a positive note though, with a 45-0 win over Sri Lanka at the Colombo Racecourse.

The same venue played host to their second clash 20 years later in 1950. This was once again after a 29-match tour of New Zealand and Australia, where the Lions were slightly more successful this time, losing three matches against the All Blacks, but winning both matches they had with Australia. Their match with Sri Lanka on the journey home had a similar scoreline to their first meeting, with the Lions winning 44-6.

Just as Zimbabwe were, contests with Namibia (known as South West Africa when they faced the Lions) were added to the itinerary for the Lions during their tours of South Africa in the 1950s, 1960s and 1970s.

Fixtures against East Africa were also part of the schedule during the 1955 and 1962 Lions tours of Africa. This team was comprised of players from Kenya, Uganda and Tanzania and

A few months after the Lions’ tour of Africa in 1955, they faced Wales at Cardiff Arms Park, although it did not have some of the players that featured in the tour earlier that year. The Lions were victorious nonetheless, winning the match 20-17.

While it has been seen that the Lions would return home from Australia and New Zealand via Sri Lanka, they opted for North America in 1959 and 1966.

Following a 31-match tour of Australia and New Zealand, in which they won the series against the Wallabies and lost to the All Blacks, the Lions played two further matches in Canada. Although they did not play the national team, they played British Columbia and Eastern Canada, winning both.

They returned in 1966 after a 33-match tour of Australia and New Zealand, where they lost to British Columbia but beat the national team 19-8 in Toronto.

The Lions capped off their tour of New Zealand in 1977 with a match against Fiji at Buckhurst Park, now the ANZ National Stadium in Suva.

After losing the series 3-1 against the All Blacks, the Lions fortunes’ did not improve in the Pacific, as they fell 25-21. Fiji therefore remain the only national side the Lions have played but never beaten.

Three months after the Lions’ hugely successful 1989 tour of Australia, where Sir Ian McGeechan’s side won eleven of their twelve matches, including a 2-1 series win over the Wallabies, they faced France at the Parc de Princes.

The Lions edged Les Bleus on that occasion 29-27, and this remains the only time the two teams have crossed paths.

Though not strictly a Test match, the Barbarians are still a recognised team in rugby outside of the ‘Big Three’ that the Lions usually play.

The first fixture between the two took place at Twickenham in September 1977, a month after the tour of New Zealand and Fiji, to mark the Silver Jubilee of Queen Elizabeth II. The Lions won that match 23-14.

The teams played again 36 years later, when Warren Gatland’s Lions took a pitstop in Hong Kong ahead of the tour of Australia in 2013. The Lions comfortably won that match 59-8 before a series win down under.

Rest of the World XV

This was recognised as a Test, and the players were awarded caps in 2018.

Who have you most enjoyed watching the Lions come up against? Let us know in the comments below!