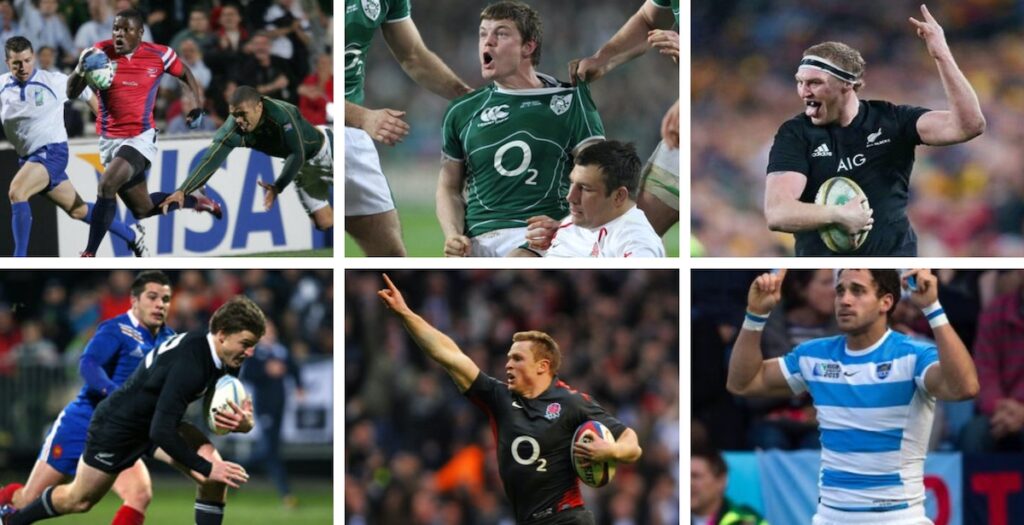 The first ever International Rugby Players Association Try of the Year award was handed out in 2007 to Zimbabwean-born USA winger Takudzwa Ngwenya.

The award is voted for by the public after being nominated by a panel of judges comprising of representatives from different players associations around the world.

Ngwenya received the inaugural award for his iconic try for the USA at the 2007 Rugby World Cup when he ran around the outside of Springboks legend Bryan Habana.

The following year Ireland great Brian O’Driscoll finished off this epic score against the Wallabies in Melbourne.

In 2009 the award went to South Africa’s Jaque Fourie for his incredible finish against the British & Irish Lions.

Next up is Chris Ashton’s amazing counter attack try against the Wallabies at Twickenham in front of 80,000 raucous England fans.

In 2011 the oldest ever player to represent Australia in the Try Nations, Radike Samo, silenced critics with this unbelievable effort.

South African icon Habana created this try out of nothing against the All Blacks in 2012 to take the IRPA award.

Amazingly it wasn’t until 2013 that an All Black won the award through a 22-year-old Beauden Barrett against France.

One of the All Blacks’ most devastating finishers, Julian Savea, was absolutely on fire during the 2015 Rugby World Cup and this is the pick of the bunch.

One of the less likely candidates for the award was Jamie Heaslip in 2016, but this try against Italy in the Six Nations is one of the greatest in Irish history.

During England’s tour to Argentina in 2017, Los Pumas full back Joaquín Tuculet finished off a stunning counter attack try in San Juan.

Next was New Zealand giant Brodie Retallick, who started and finished a wonderful passage of play against the Wallabies, capped off with a cheeky dummy which will be remembered for decades.

The All Blacks then went back-to-back with another Try of the Year award, this time going to TJ Perenara against Namibia at last year’s Rugby World Cup in Japan.