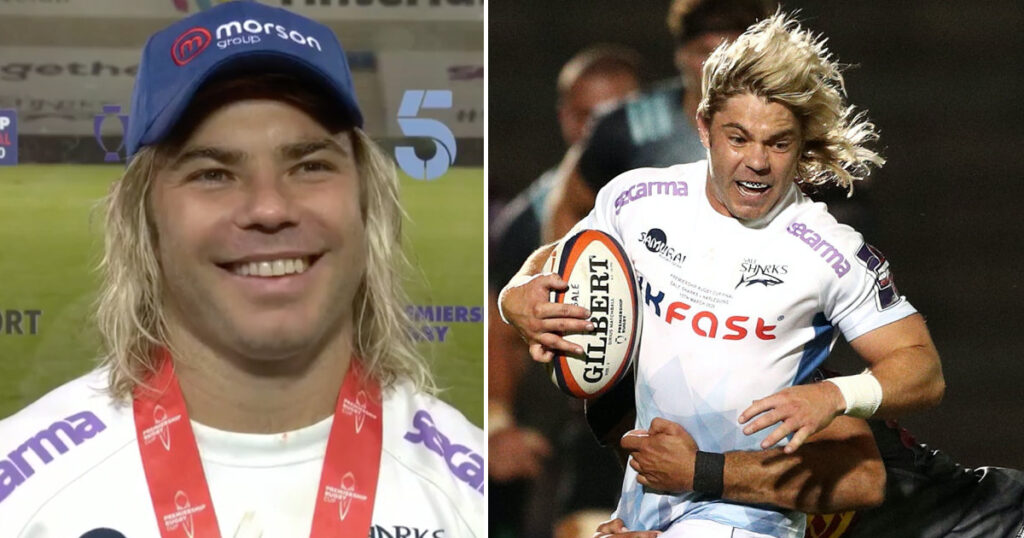 Sale Sharks defeated Harlequins in the rearranged Premiership Cup Final on Monday evening, scoring a late try to seal a 27-19 win and Sale’s first trophy since 2006.

World Cup winner De Klerk darted over for the game’s decisive try three minutes from time (see highlights below) at the AJ Bell Stadium as Sale hung on to a 20-19 lead.

The Springbok star said that with time, players can learn to perform under pressure.

“Some guys perform better under pressure and others don’t. It’s difficult to know the characters but you can see when guys pitch up for the big games or they don’t, and I think you’ll see it in a lot of players throughout their careers and it’s nice to be leaned on when it needs to go your way.

“It’s something you can learn as well, it comes with experience,” he told BT Sport.

“For us to pull away at the end shows a lot of character from the boys and I think the bench especially made a good impact.”

Sale’s last trophy triumph came 14 years ago when they won the Premiership title, while Quins, who played their full part in a nerve-jangling final, were denied their first silverware since their Anglo-Welsh Cup success in 2013.