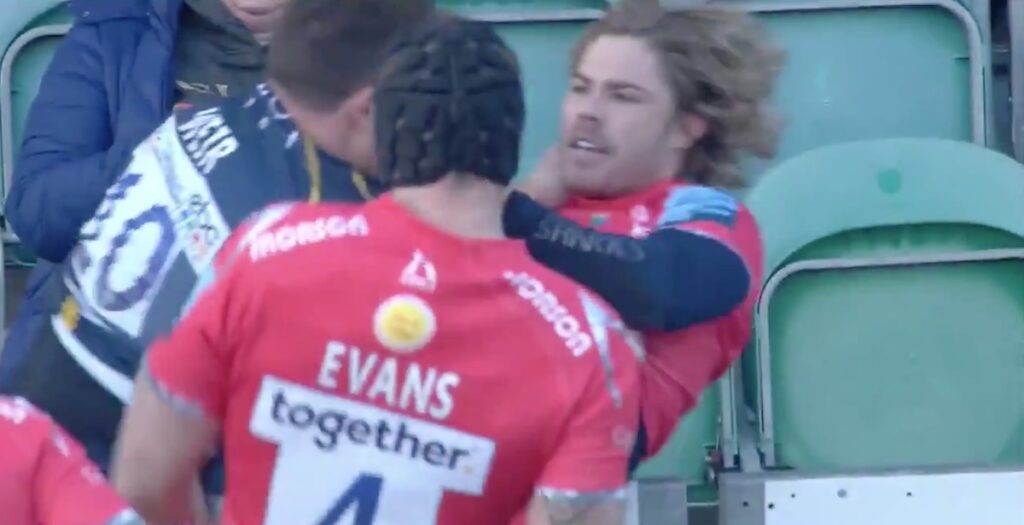 South Africa scrum half Faf de Klerk made a 60-metre intercept against Worcester on Saturday to score a fantastic individual try at Sixways.

After scoring the try he collided with Worcester fly half Duncan Weir, resulting in a scrap in front of the cameras.

Despite de Klerk’s moment of magic, it wasn’t enough to earn a win for Sale as Worcester came out with a 20-13 win.

De Klerk joined Sale in 2017 and played a key role in South Africa’s recent World Cup triumph, making him a crowd favourite not just in the Premiership but around the world.

No win this time, but @SaleSharksRugby‘s general is back causing mischief 🧚‍♂️ pic.twitter.com/9f79hqxGZi