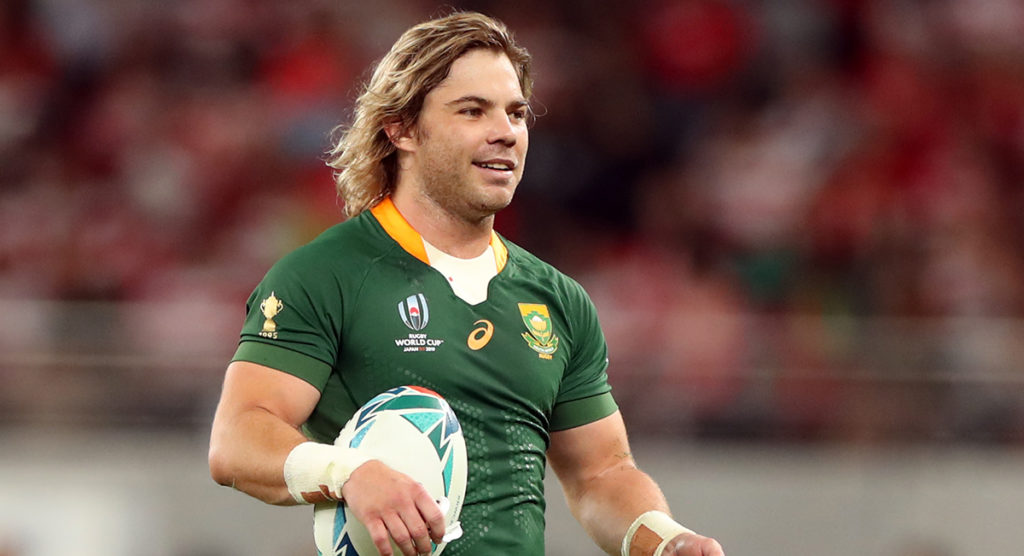 Going into the Springboks’ quarter-final against Rugby World Cup hosts Japan in Tokyo on Sunday, scrumhalf Faf de Klerk was under a lot of pressure from fans.

After a poor performance against the All Blacks at the beginning of the tournament, a big display was expected from the Sale Sharks man, particularly with Herschel Jantjies and Cobus Reinach behind him in the squad.

Many would have thought de Klerk had answered his critics as the Springboks won 26-3, and he came away with the player of the match award, in a game where he had a hand in a lot of the action.

The 28-year-old’s box kicking and tactical kicking had vastly improved from the Test against the All Blacks, he was a persistent threat around the breakdown and defended superbly in the wider channels of the field. His performance was capped off with a try, after a destructive maul from his forwards.

Despite the award, many Springboks fans on social media are still critical of the halfback, and feel he kicked possession away too much. Although it was an improvement from the Test against the reigning champions, many fans wanted to see the Springboks keep hold of the ball.

This was clearly a tactic of Rassie Erasmus’, not only because Japan had shown themselves to be susceptible under the high ball over the RWC, but it would force them to play within their own half. But this approach has not sat well with some fans.

After scoring two tries, Makazole Mapimpi was worthy of being player of the match according to some, as was Pieter-Steph du Toit after a typically tireless performance.

It looks as though de Klerk still has a long way to go to win over some sceptical fans.

This is what was said:

I don’t agree with your statement admin, Faf gives away position so unnecessarily. Every time he has the ball in his hands he wants to kick it away. That Janties boy can do a much better job. But will the take the win none the less 🇿🇦❤️

Again I must have been seeing a different game, @fafdeklerk wasn’t best player, in fact the exact opposite, stop the BS and sugar coating poor play, you just creating a false environment for the players, anyway well done boks

I bet his foot is sore tonight from all that ridiculous kicking. The odd box kick when it catches the opposition by surprise makes sense. Box kicking every second breakdown just becomes predictable and won’t cut the mustard against Wales. You guys need to wake up and get with it!

Can’t believe he was MOM. Mapimpi I think deserved it more. If Faf plays like this against either England, The ABs and even Wales we will be in serious trouble. Although he is near China he wants to take a slower boat to China. His clearing from the base is agonising.

Have to disagree! Kicked all the ball possession away. It should have been De Allende. He made the biggest improvement from his previous games.

After being nominated for World Rugby player of the year in 2018, a lot is expected of de Klerk, and with Jantjies waiting behind him, the pressure has been on him all RWC.

However, Erasmus has backed him for much of his tenure in charge of the Springboks, and with Wales waiting in the semi-final, it seems unlikely that he would turn his back on his scrumhalf so deep into the tournament.

Watch extended highlights of South Africa vs Japan below