FAILED B SAMPLE: Breakthrough Player of the Year 2018 charged with doping 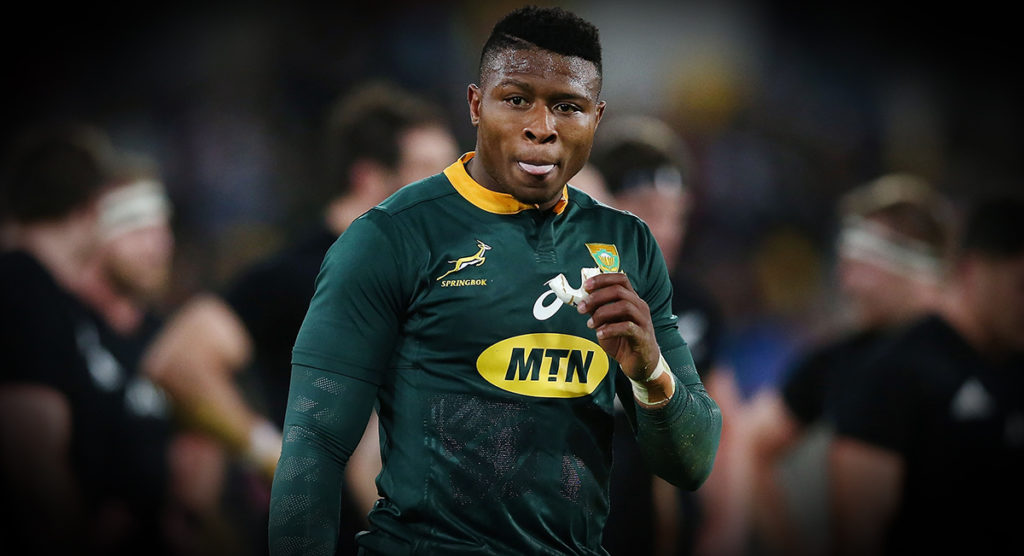 Springbok winger Aphiwe Dyantyi’s B-Sample has tested positive for banned substances, the South African Institute for Drug Free Sport (SAIDS) has confirmed. Not included in the Springbok World Cup squad due to injury, the winger now faces a potential multi-year ban from the game.

Tested after a Springbok training camp on 2 July, Dyantyi returned a positive finding for a then undisclosed prohibited substance. Last week he denied taking any banned substances and executed his right to request the B sample be tested.

His B-sample was tested at the World Anti-Doping Agency (Wada) accredited laboratory at the University of the Free State, confirming the results of the A-sample that had the presence of the banned substances: metandienone, methyltestosterone and LGD-4033.

These performance-enhancing substances are on the 2019 List of Prohibited Substances and Methods in Sport and are banned in and out of competition.

The star Lions back has now been formally charged with a doping offence for multiple anabolic steroids and metabolites. He can now either accept the charge or submit a plea for a reduced sanction or contest the charge before an independant tribunal panel.

If Dyantyi contests the charge and pleads not guilty, a hearing will be set within the next four weeks and he will need to provide evidence that proves his innocence due to mitigating substances.

The charge has been communicated to SA Rugby, World Rugby and WADA.

The 25-year-old faces a ban from rugby of up to four years.