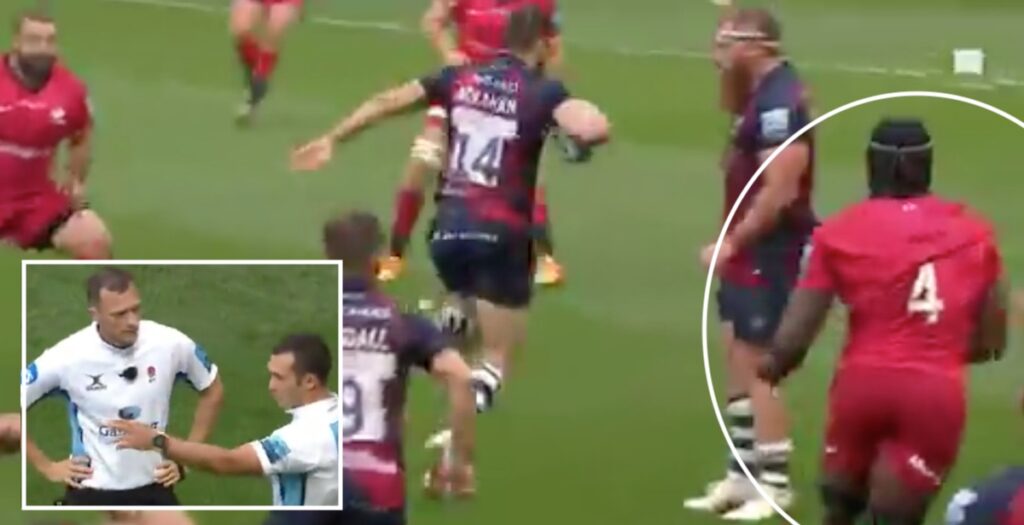 Former Wallaby winger Luke Morahan had an incredible individual try ruled out against Saracens on Saturday due to a block on Maro Itoje.

The Bristol star caught a clearance box kick on the touchline 40 metres out and showed fantastic balance and agility to slice through the Saracens defence and score a wonder try.

Unfortunately a slight block by Charlie Thacker on Saracens lock Itoje meant the try was ruled out by the officials for obstruction.

A very tight call against Bristol Bears – not in doubt is that spellbinding finish from Luke Morahan 🔥🔥🔥#RugbyRestart pic.twitter.com/dS1rUs3GA6

Despite this setback the Bears went on to beat the reigning champions 16-12 at Ashton Gate in the first round of the Gallagher Premiership since lockdown.

Morahan, 30, scored a similarly brilliant try back in 2013 against the British & Irish Lions when he was playing for the Queensland Reds which remains one of the greatest solo efforts in recent years.

Unless Itoje has a wingspan of 20ft, he would have never have got to him.

Daylight robbery. Itoje had no chance.