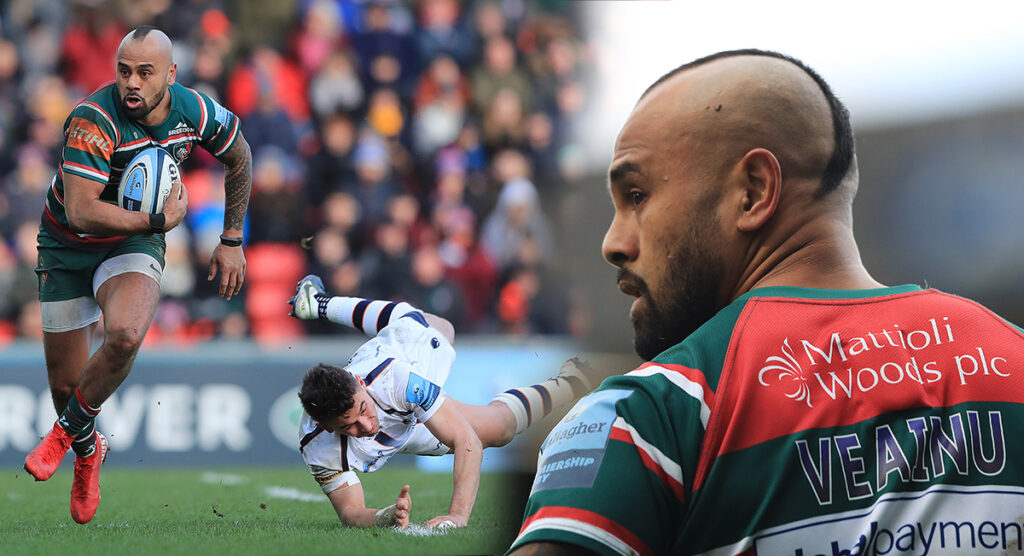 The abrupt exodus of players from Leicester Tigers last week would have felt like a surreal dream for many fans, as a torrent of departures were announced.

The contract disputes and pay cuts in the wake of the COVID-19 pandemic saw the likes of Manu Tuilagi, Telusa Veainu and Kyle Eastmond leave Welford Road, to name a few. The Tigers tried to downplay the severity of the situation, but it is hard to replace such titans of the Midlands club.

This feverish dream would have only continued this week when it was revealed Veainu had joined Stade Francais, also ending any faint hopes that players would make a u-turn.

The Tonga international’s swift relocation should come as no surprise, as there would not have been a shortage in demand for him. However, there was the possibility that the sour ending to his five-year tenure with the English giants would have tarnished his reputation amongst its supporters.

But the reality is that these are such unique circumstances that players can hardly be blamed for assessing their options. While it is an unfortunate ending for the 29-year-old fullback, his legacy is secure as one of the club’s best players in recent times.

Given the slump the Tigers have endured in by their high standards, Veainu has been a paragon of consistency and solidity in the No15 shirt for Leicester. Indeed, his hypnotic footwork and pace have got his side out of some dire straits as they have battled relegation.

His exit has not altered the way he is viewed by fans, which is demonstrated by the tributes he has received on social media:

Bloke diserves a plaque. Some of the most memorable moments in recent Tigers history. Go well @tveainu that crazy Parisian style will suit your dancing feet down to a T (pun intended) 🖤

Incredible player, gave his all for the shirt. You’ll be long remembered. All the best @tveainu

All the best!!! Is that all can can muster??
One of our most consistent performers since he arrived. Hell of a talent, gutted to see him go. Personally I’d have paid him what he wanted. Go well @tveainu

Absolutely gutted!😪 I’m surprised he stayed for as long as he did tbh, I’ve been fearing this day😩 he’s been brilliant 👏🏼 taken some hits👊🏼 ….with that has had unlucky injuries! Enjoy the snails @tveainu 🐌

@tveainu you have been outstanding since day one for Leicester(apart from some dodgy haircuts) I hope you and your family have a brilliant time in France. Please come back and visit Welford Road soon.Good luck 🤙🏼

Gutted, but all the best to him, can’t question his commitment to the team. Shame he couldn’t go out on better terms and have a send off at Welford Road. All the best TV 👍🏻

@tveainu best of luck, I’ve said it once and I’ll say it again you were the best full back in the prem over the last few years! Just please don’t score against @LeicesterTigers if you ever play against us 😂

While there is still some uncertainty surrounding the future of Manu Tuilagi, it could be more painful viewing if he moves away from the Tigers, having spent his entire career at Welford Road.