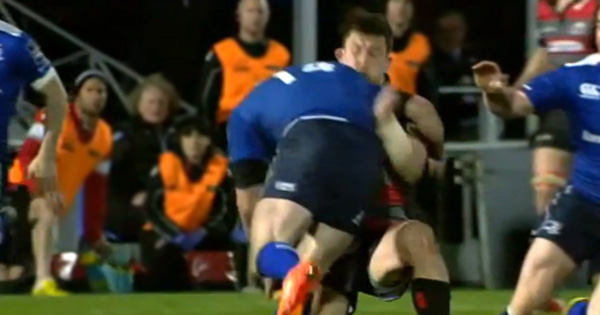 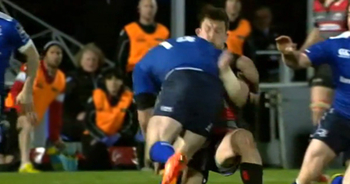 Leinster’s Fergus McFadden has been banned for three weeks for this awful looking tackle against Edinburgh in the PRO12 in Dublin on Friday. McFadden launched into Damien Hoyland, stopping him dead in his tracks but coming off worse for wear.

McFadden appeared before an independent PRO12 Rugby Disciplinary COmmitt in Cardiff today, having been cited for a dangerous tackle in contravention of Law 10.4(e).

The Leinster back denied committing an act of foul play, but after all video footage was viewed and other evidence presented, the committee found that he had indeed committed a reckless high and dangerous tackle.

The Disciplinary Committee determined that the offending merited a lower-end entry point based on World Rugby’s scale of seriousness, which carries a two-week playing suspension.

The Disciplinary Committee added a week to the entry point suspension (giving three weeks in total) on account of an aggravating factor, namely the need for a deterrence to combat a pattern of offending.

They determined that there were insufficient mitigating factors to warrant any reduction in the playing suspension, and McFadden was therefore suspended for three weeks.