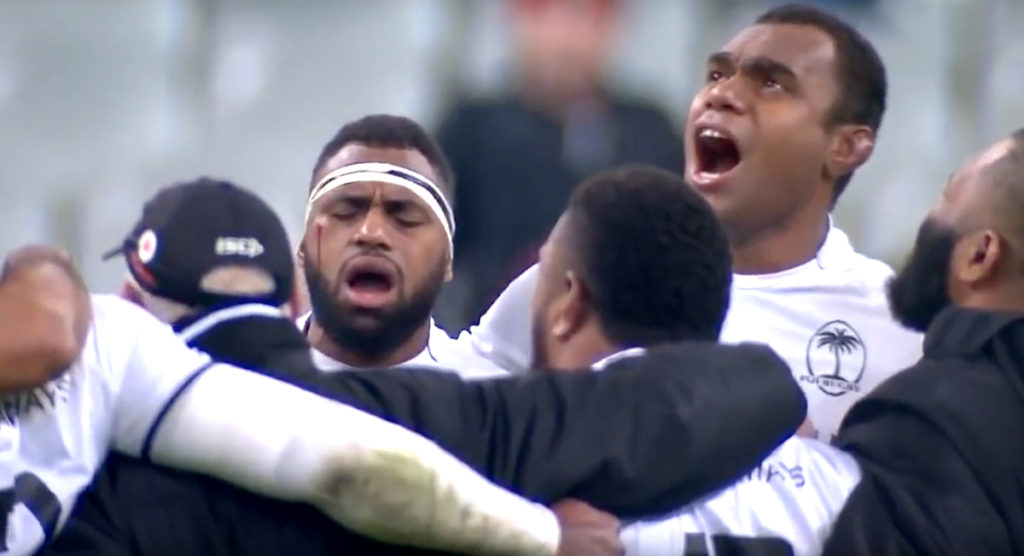 Fiji, who have a number of their players playing throughout France, played some stunning rugby to beat France for the first time in 60 years, less than a year out from the World Cup.

Bordeaux-Begles’ Semi Radradra and Toulon’s Josua Tuisova both scored outstanding tries for the pacific islanders, while Guilhem Guirado crossed twice for the French.

Coach John McKee said post-match: “It’s a massive achievement. We told each other this week that if we beat France we would make it into the pantheon of Fijian rugby.”

And while the win will give Fiji their highest ever world ranking, they have also received plaudits around the world for their humility, as photos were shared of them cleaning the changeroom post match.

Snatched their 1st win EVER over France.

And then cleaned up the change rooms after themselves.

We’ve seen and heard about a few other teams doing the same, but that doesn’t take away from the effort after what was a huge upset win away from home.

While France had narrowly lost to South Africa in the dying seconds then beaten Argentina 28-13 a week later, this shock loss brings them crashing down to earth, as emphasised by Mathieu Bastareaud after the final whistle.

TV microphones caught his angry talk to his players, loosely translated from French as: “Who do we think we are? We beat Argentina and we think we’re something special. We have to start from scratch now and we’re at rock bottom. Because we’re pathetic, shameful, we have to be aware of that.”

After their historic victory over France and Argentina’s loss to Scotland, Fiji will be for the first time in history ranked 8th in the world with 77.95 points pic.twitter.com/bfe9ffM9N5

After the match, the victors gathered in the middle of the field and were led by scrum half Frank Lomani in a beautiful rendition of a traditional song that can only make you love and respect the Fijians.